Relative of PM leaves his position

Relative of PM leaves his position 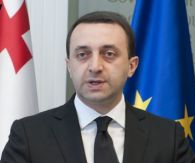 TBILISI, DFWatch–A relative of the prime minister left his position as executive secretary of the Georgian Dream party, the largest member of the ruling coalition.

According to a statement issued by GD on Friday, Zviad Jankarashvili left his seat by his own volition. The statement attributes the decision to the continuing criticism of Janqarashvili because of his family relation to Prime Minister Irakli Garibashvili. Zviad Janqarashvili is cousin of the PM’s spouse and nephew of Tamaz Tamazashvili, a former police general who is Garibashvili’s father-in-law.

“In order to put an end to the speculations around this topic, Zviad Jankarashvili decided to leave his seat in the party. He won’t work in any public position,” the GD statement says.

Jankarashvili was appointed to the high position in the GD party in early October, and before that he was head of the general inspection at the Ministry of Internal Affairs, a position he left in April.

Also on Friday, another person deemed to be close to the PM left his position. Roman Chkhenkeli, secretary of the government’s economic council also left his seat, and was replaced by Giorgi Gakharia, the business ombudsman.

On the same day, it was announced that Davit Sujashvili, former head of the intelligence service, would fill the vacant seat as secretary of the State Security and Crisis Management Council. This position became vacant when former head Mindia Janelidze was appointed as new defense minister after Garibashvili fired Irakli Alasania in the wake of the arrest of five ministry employees on charges of corruption.

Another change involved the Ministry of Regional Development and Infrastructure, where Nodar Javakhishvili, president of Cartu Bank, was appointed as deputy minister. Cartu Bank is owned by Bidzina Ivanishvili.

These changes were reported by local media before they were officially confirmed. Several newspapers published articles arguing that former PM Bidzina Ivanishvili was dissatisfied with the government’s performance recently.