Regarding the situation in Ukraine

Regarding the situation in Ukraine 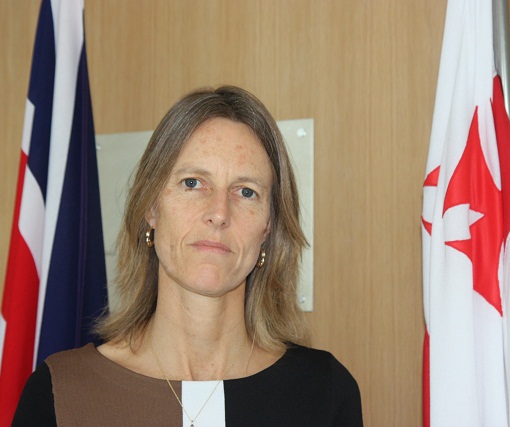 A choice isn’t a choice when it is made with a gun to your head.

Yet on Sunday, the people of Crimea will be asked to make an impossible choice: to vote to become subjugated by Russia; or to vote for independence – with no guarantee that Russia will show any more respect for the sovereignty of an independent Crimea than she did for the territorial integrity of an independent Ukraine – or Georgia back in 2008.

The UK has consistently supported Georgia’s territorial integrity. We have expressed our concern on numerous occasions over Russia’s failure to honour its commitments under the 2008 Sarkozy-Medvedev Accord. We also remain concerned at the ongoing process of “borderisation” along the Administrative Boundary Line between Georgia and the breakaway regions of Abkhazia and South Ossetia. We were particularly disturbed to note that this process re-started just days after the end of the winter Olympics in Sochi. Putting up fences does nothing to restore trust between communities, and only increases the hardship and isolation of people living directly in the area.

As in Georgia, so now in Ukraine, where the odds are clearly stacked in Russia’s favour – like the toss of a coin. Heads Russia wins. Tails Crimea loses.

The vote – whatever its outcome – is both illegal and unconstitutional: there can be absolutely no doubt about that. The terms of the Ukrainian constitution are unequivocal: the vote can only be convened at the request of three million citizens; it must be an all-Ukraine referendum; and it can only be called by the Ukrainian Parliament. None of these conditions have been met.

The vote will be illegitimate. How can a ballot held in the shadow cast by the presence of armed Russian troops, in a region under military occupation, be anything else?

These questions should be settled in free and fair referenda – as we will see in Scotland later this year. But Sunday’s referendum in Crimea will be neither free nor fair.

For the last two decades, we have sought to put the tension and mistrust of the Cold War behind us: to recognise the powerful and positive contribution Russia brings to the international community – and to the prosperity of all our people.

A web of international agreements and institutions has been put in place both to help avoid repeating the bitter confrontations of the past and to settle disputes peacefully. Organisations like the OSCE and Council of Europe, of which Russia is an integral member, exist to help states address questions of self-determination and defend the rights of minorities.

But, the Organisation for Security and Cooperation in Europe – the standard bearer of electoral integrity – has declared that the referendum will be illegal and will not send observers to the poll.

Yet, it is still not too late for Russia to use these institutions, to engage seriously in diplomacy and to find a peaceful resolution.

We continue to urge President Putin to use his authority for the good of Crimea, Ukraine, Europe and Russia, and end this crisis.

A vital first step will be for Moscow to refrain from recognising the outcome of Sunday’s farcical referendum. After all, it will have no legal effect. It will have no moral force. And the result will not be recognised by the international community. It should not go ahead.

Like Georgia, we are determined to support the new Ukrainian Government and to stand by the Ukrainian people. To that end, we are prepared to offer a powerful package of finance, trade and technical assistance.

Meanwhile, we are clear that it cannot be business as usual with Russia. Together with our EU partners we have suspended negotiations on a more liberal visa regime for Russians, stopped work on a comprehensive new agreement on relations between Russia and the EU, and pulled out of preparations for the G8 Summit in Sochi in June. We have withdrawn royal and ministerial visits to the Sochi Olympics, will cancel many other planned ministerial contacts, and are reviewing all bilateral military cooperation with Russia..

We are facing the most serious crisis in Europe this century. The UK utterly condemns Russia’s illegal violation of the sovereignty and territorial integrity of Ukraine and is clear that any further destabilisation of Ukraine by Russia must lead to additional and far reaching consequences. This is a moment when we must look beyond our short term economic interests and recognise the over-riding need to act strategically in defence of our principles and values. Not to do so will cost us even more dearly later.