Refugees from Abkhazia are in a difficult situation

Refugees from Abkhazia are in a difficult situation 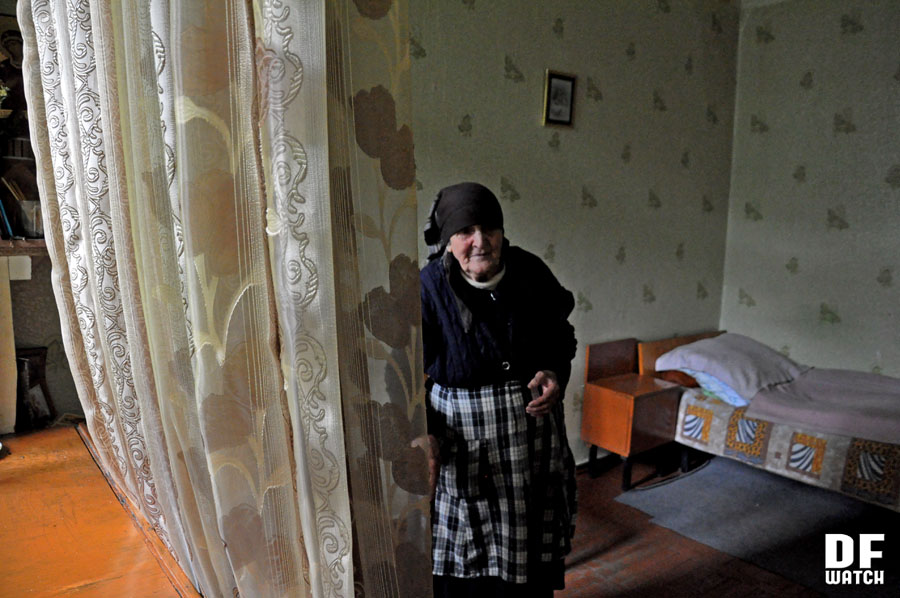 TBILISI, DFWatch–Valentina Sajaia, 90, has been living in the Likani settlement for the last 20 years with about 120 other families, who were forced to leave their houses in Abkhazia, a breakaway region of Georgia. She has raised four children without her husband and is now living with her grandchildren, who find it hard to get a job in Likani. Some of them have left for Turkey or Tbilisi to find work and are sending money home to the rest of the family.

Valentina tells us that she doesn’t receives social allowance from the government anymore.

“Someone spied on me,” she says. “Godfather gave a computer, or what devilish thing it is, to my grandchildren, and when people from the government came to evaluate my house and our property, they decided that we didn’t need social allowance because we had enough income to afford a computer.”

Government of Georgia gives away social allowance for people who live below the living wage and has a special system for this. Periodically social agents come to poor families to see what they own, what is their income, how many employees there are in house and write points for different property. If the family has low amount of points they get the social allowance.

Now she receives a pension of 125 Gel (USD 75) and 22 Gel (USD 13) for bread, also from the government. She plans to apply again for social allowance. 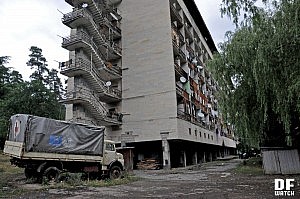 The first five floors of the the Likani sanatorium in southern Georgia is full of families who have fled from Abkhazia. For the last 20 years they have lived in difficult conditions. They tell us that they do not have natural gas and for the last two month water comes only for two hours a day.

“What should I do for those two hours? Take a bath, wash clothes and dishes, clean the house or what?” Nana Kopaliani, who lives with her two sons in a tiny room, says. “If we have wood we get a wood heater in winter in this room.”

They also say that for the last year they got electricity just like someone playing the piano, it switches on and off very often. Kopaliani says that she organized a kitchen on the small balcony as there is not enough room for the whole family to live in.

“No relatives come to us. No one comes to us at all. We haven’t seen government representatives for years. Only inspectors who check whether we got rich or not,” she says, “once they came from EU. We greeted them with Georgian Khachapuri and Lobiani. I hope that at least they say that Georgians cook well here, as we haven’t seen them since then.”

Nanuli Svanidze, 66, lives here with her husband. Their son and daughter went to Tbilisi, but live a difficult life there.

“She rented house for 350 Gel (USD 180) and I’m sending little money from my pension to help her there. They’ve reduced her salary after the government changed,” she said.

The building is very old with cracked walls and with flooded basement. On the first floor children have made a table for table tennis and spend the whole day playing there, which sometimes makes elderly people furious about the noise.

Some of the families have made years in nearby territory, where there are fruits and vegetables. 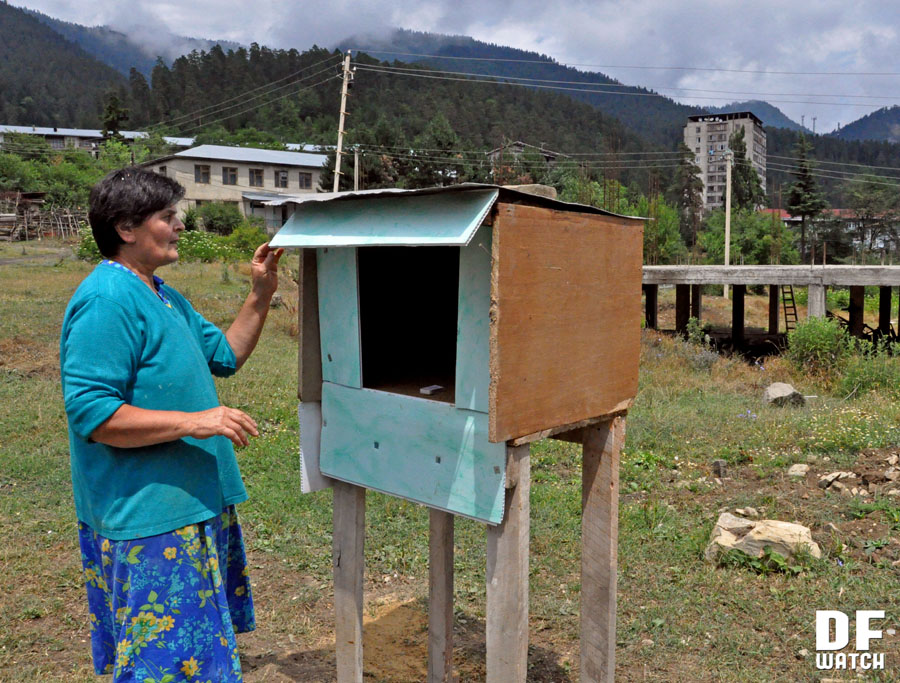 Lamzira, 44, is just finishing constructing a small box for candles. She explains that there are plans to build a residence for clerics next to the sanatorium and indicates a cross on the ground, which means that soon there will start the construction of a church or a residence there. For the last two months a priest comes here weekly and conducts prayer for them, but due to winds they couldn’t light candles, which is why she decided to construct this wooden box for all of them.

Closer to the sanatorium in five minute walk there is another building, with about 80 families settled in it. They are also IDPs from Abkhazia and explain that a building was built in 1937 and is in an alarming situation. We go through their small rooms and see leaking roofs and cracked walls.

“We want a democracy, we want EU, we want NATO, but no country can get closer to EU, when they have refugees living in such conditions,” Tsiala Gugusiani says on the way from sanatorium to the other house of IDPs.

When we get closer to the house she starts yelling to the families calling them to come outside as journalists have come and all must speak of their problems, but just like many in sanatorium here too some people get furious when they see journalists.

“You come here, take tons of pictures, go and nothing. We continue living in hell, all in vain,” one man yells and gets inside in his room.

Tsiala Gugusiani says she is from Sukhumi and back then she used to have maid at her house, while now she lives in shameful conditions. 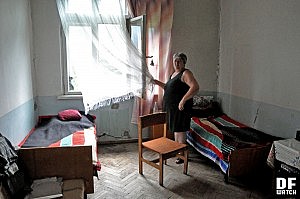 A room, where four persons are living (DF Watch photo)

Many of them tell us they are afraid to buy something new or refurbish their rooms, because they may be left without social allowance. Another major problem for both of the families is that both buildings have been privatized and they may be moved to some other place to live.

Givi Rostobaia said that they were told that they might be moved to former maternity house in Vashlovana which is in terrible condition.

“I’m not pregnant. What the hell I want there?” he says, adding that numerous times he appealed to local government representatives and finally he received a letter where the head of town wrote him that if he finds a buyer he will help them with the problems finding a place to live.

“How may I assure anyone to buy this building which is about to collapse,” he asks, saying that the government should take care of it, or rehabilitate this house or maybe build some other place for them to live.

Recently, the IDPs received a letter from the majoritarian MP for Borjomi, Gedevan Popkhadze, in which he writes that he is familiar with their problems and the fact that it is unknown who owns those buildings. The MP asks Refugee Minister Davit Darakhvelidze to get familiar with the situation of those families and take care of their problem with finding a decent place to live. The letter is dated June 27, 2013. 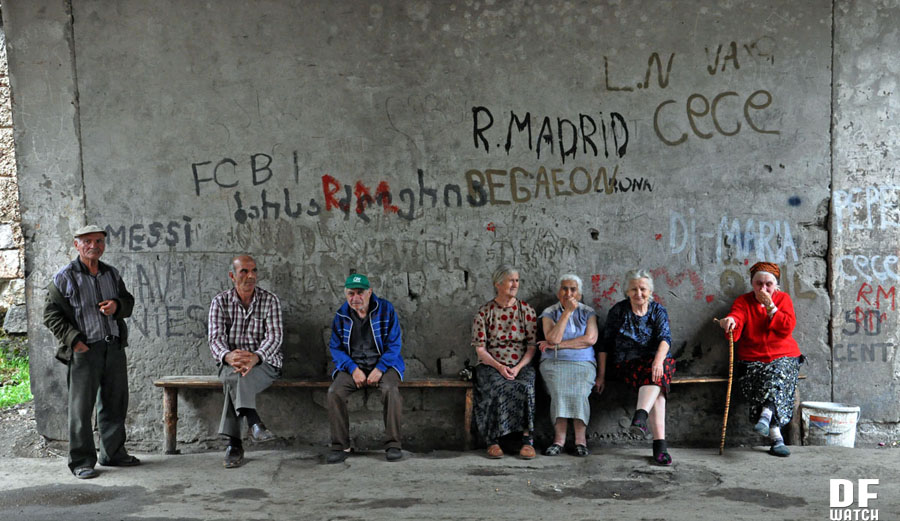 Now they are waiting for a response from the minister.

Vakhtang Onikadze, Deputy Chair of Likani Sanatorium administration, explained to journalists participating in a media-tour, which is organized by Civil Development Agency (CiDA), that the building is private property and belongs to Raimondi Ltd, but he doesn’t know who the owners of this company are.

Onikadze is responsible for services of the refugees living in this building.

In the public registry there is only one record of Raimondi Ltd, for July, 2013 on the name of Shalva Gogoladze. According to the record in Public Registry Raimondi Ltd’s main activity is to supply organizations with food, also to produce food. On the list there is also commercial activity, purchasing and selling. Shalva Gogoladze, born in Borjomi, is a lawyer.

According to the most recent data from April 2012 there are 269 109 refugees or 88 499 internally displaced families in Georgia.