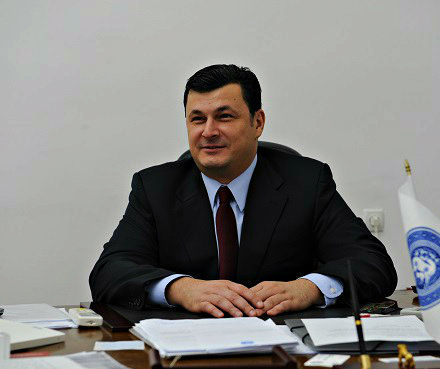 The decision is allegedly related to a recent amendment to the law on higher education, which is not yet passed by parliament. It will mean that university rectors are appointed by the prime minister instead of the president and that it will be necessary for a rector to have an academic degree.

Tuesday, Minister of Education Giorgi Margvelashvili explained that the amendments would probably apply to the rector of TSU. He said that the new initiative is about ‘technical details’.

“We do not change relations with any of rectors and it is a lie that someone will appoint rectors, but if someone has qualification problems this is another issue,” he said.

Margvelashvili noted that a rector will be elected by professors of universities and only in a transitional period will the government appoint someone to this post. The minister added that the amendments provide autonomy of for the universities, increase the salaries of professors and improves the quality of education.

According to the draft, a person can be candidate for rector if he or she has a Ph.D. or any academic level equal to this degree.

Alexandre Kvitashvili, who was appointed as rector in 2010, doesn’t have an academic degree. Before becoming TSU rector he was health minister.

The speed with which parliament is reviewing the amendments has caused some to express concern. US Ambassador to Georgia, Richard Norland, on Wednesday said that reviewing this draft with such speed may not be useful.

Georgian young Lawyers Association (GYLA), a Tbilisi-based legal advocacy group, issued a statement which says that decisions like this cannot be done without consultations with the academic personnel at the universities and it is ‘completely unacceptable’ to review the draft hastily, while there is no necessity to immediately make such a decision.

On Wednesday, Kvitashvili told journalists that many unreasonable decisions have been made without no communication, but there was only a single presentation. He thinks it is unacceptable that the university council will not appoint the person who will fulfill duties of rector until a new rector is elected.

“The Academic Council should appoint him and will be elected by the university and it doesn’t matter if the prime minister, the speaker of parliament, the president or the [education] minister will appoint him, it is already clear intervention into the university’s activity,” he said, characterizing it as ‘shameful’.

Following Kvitashvili’s resignation, a competition for a candidate to replace him has been announced. The election will be held August 16. Meanwhile, the academic council of TSU has appointed Alexandre Kvitashvili as temporary rector.