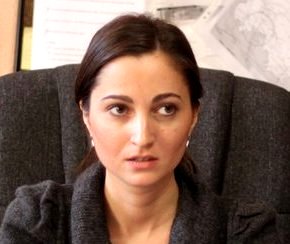 Monetary compensation, awarded to victims of Soviet political repressions and/or their heirs through national court proceedings, has remained one of the most widely discussed issues in Georgian society for more than a year. Not long ago, even “Rustavi 2,” Georgia’s most watched TV network, dedicated a special report to the subject during one of its popular news programs – “Kurieri.” The report reflected the reparations programs in a largely positive light by emphasizing the generosity of the State towards the victims of soviet era repressions. According to the “Kurieri”, victims (or their heirs) are granted between 200 and 500 Georgian Lari in reparation by domestic courts. However, in reality the decisions of the national courts have caused vast frustration among potential beneficiaries and questions remain as to what is the reasoning of the courts in defining the appropriate amount of monetary compensation.

It must be mentioned, from the outset, that the right to monetary compensation for these victims remained illusory for more than 10 years, until the February 2, 2010 decision of the European Court of Human Rights (the ECtHR hereinafter) in Klaus and Yuri Kiladze v Georgia (application no. 7975/06). In Kiladze the ECtHR found a violation of the applicants’ right to peaceful enjoyment of possessions (Article 1 of Protocol No. 1) due to the Georgian government’s failure to adopt the law envisaged in Article 9 of the Law of 11 December 1997 on the Recognition of Status as a Victim of Political Repression for Georgian Citizens and Social Protection for the Oppressed (‘the law of 11 December 1997’), with the result that the applicants had never been able to receive the compensation to which they are entitled.

The judgment, which highlighted structural problems in the granting of reparations, underlined the urgency of taking legislative, administrative and budgetary measures so that the victims of repression envisaged in Article 9 of the Law of 11 December 1997 could effectively benefit from their rights.

The ECtHR also held that if the necessary (legislative and other) measures were not implemented, the Georgian government would have to pay each of the applicants (Klaus and Yuri Kiladze) 4 000 EUR in non-pecuniary damages, in accordance with Article 44(2) of the Convention, within six months from the day on which the judgment became final. The decision entered into force on 2 May 2010. The government failed to enact the required legislative, administrative and budgetary measure within six months of that date, and accordingly, the applicants received the stipulated sum in February 2011.

Nonetheless, for the purpose of implementing general measures on this issue, as stipulated in the Kiladze judgment, the Georgian Parliament drafted amendments to the Law of 11 December 1997 and Administrative Procedure Code of Georgia. The legislative amendments allow victims of political repression – as envisaged under Article 9 of the Law of 11 December 1997 – or in the event of their death their heirs, to apply for pecuniary compensation through the Tbilisi City Court . The Tbilisi City Court is to determine the amount of compensation on the basis of an examination of the factual circumstances of each case – taking into account the gravity of different forms of coercion, as well as the age and health of the repressed person (or his/her heir), among other objective factors .

According to information obtained from Tbilisi City Court, within five months of the amendments’ entry into force, 73 decisions were delivered out of 3 073 complaints filed with the court. Analyses of these Tbilisi Court decisions reveal certain trends in defining the amount of compensation the claimants are awarded with. For example, in general the heirs of a victim who was unlawfully detained are awarded between 70 and 300 Georgian Lari, while those whose parents were executed receive fixed amount of 400 Georgian Lari.

It goes without saying, then, that the compensation the applicants in the Kiladze case were awarded with is far more than that received by applicants in domestic court proceedings. However, it should be emphasized that the amount granted to the applicants in the Kiladze case was not the monetary compensation as it is defined in the Georgian Law of 11 December 1997, but it was granted to the applicants because the Georgian Government was found to be in breach of Article 1 of Protocol no. 1 (right to peaceful enjoyment of possession) of the ECHR. This difference alone, however, can not justify the approach of Georgian national courts in adjudicating on cases of monetary compensation domestically.

The texts of both the Law of 11 December 1997 (Article 9(4)) and the Administrative Procedure Code of Georgia (Article 2129(2)) require that the circumstances of each and every case be examined individually and that all relevant factors, such as the gravity of certain forms of coercion, and the age and state of health of the victim and/or his/her heir, are taken into account when deciding the appropriate amount of compensation. However, the decisions delivered by the Tbilisi City Court reveal quite the opposite in practice. While most decisions cite relevant provisions of national laws and the Kiladze case in length, there is very limited reference to the specific circumstances of the individuals of the case under examination.

Although, one can rightly argue that the amount awarded under the Kiladze judgment do not set a precedent for the national courts, the criticism of domestic court decisions stems from a neglect of domestic law requirements – instead of adjudicating on the basis of the individual circumstances of a case, we have received template court judgments with template amounts of compensation. Such practice violates the national law and casts doubts on the fairness of the court proceedings.

Natia Katsitadze holds a Master’s Degree in International Human Rights Law from Central European University, Budapest, (2007), and had been working as a lead strategic litigation lawyer at Georgian Young Lawyers’ Association since 2009.