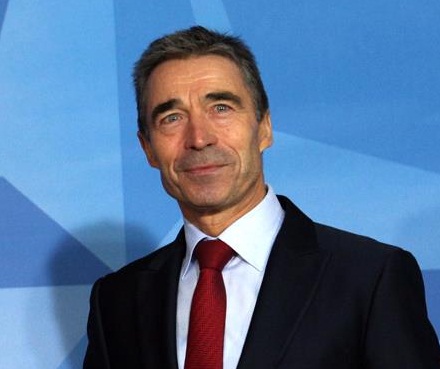 In the letter, which was published by Saakashvili’s administration, Rasmussen thanks the Georgian leader for his ‘good cooperation over the past years.’

“I highly valued your commitment to Georgia’s democratic transformation and Euro-Atlantic integration,” the letter reads, adding that in these years, Georgia has become a special partner for NATO due to its commitment to reforms and contributions to NATO’s ISAF mission in Afghanistan.

The letter says that NATO-Georgia relations have been enhanced during the last ten years.

“Under your leadership Georgia has shown steady progress across a number of key areas,” Rasmussen writes. “I am confident hat these achievements will contribute to fulfilling aspirations of the Georgian people.”

Saakashvili will leave office in a few days, after serving as Georgian president for almost ten years. He will leave the post to president-elect Giorgi Margvelashvili who will be sworn in on Sunday.