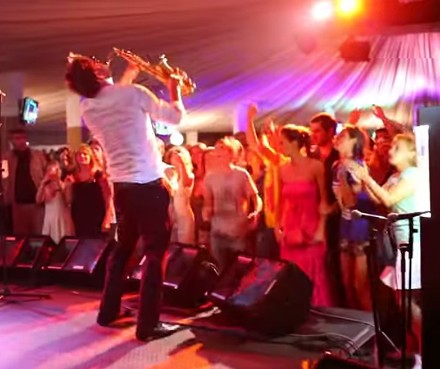 TBILISI, DFWatch–Quincy Jones, Macy Gray, the Prodigy are some of the artists to visit the Black Sea Jazz Festival in Georgia in July.

Director of Eastern Promotion, which organizes the festival, said on a press-conference on Thursday that the festival will be held in Batumi on tennis courts from July 15 to July 24.

Quincy Jones, who has won 27 Grammie awards, is one of the biggest names at the festival. He will play along with three other artists – Richard Bona, Alfredo Rodriguez and Jacob Collier – who are known as Global Gumbo all Stars.

Another headliner of the Jazz Festival is The Prodigy, the British electronic music band. American singer, composer Chris Brown; American composer, musician and producer Macy Gray, who performed at the Jazz Festival in 2011. Other performers will be Lauryn Hill, Miles Electric Band, Jamie Cullum and Nik West.

The jazz festival is part of the Georgian government’s project Check in Georgia. Tickets will be available from May 11 at tkt.ge and the price for attending each concert will be 50 laris.