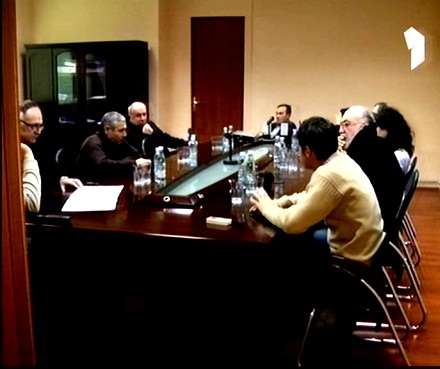 TBILISI, DFWatch–The supervisory board of Georgian Public Broadcaster (GPB) has dismissed the company’s chairman because he fired the news chief, allegedly for political reasons.

After the change of government in Georgia, TV channels have gone through a period of change too, including the GPB. There, the post of chairman became vacant, until the board picked Giorgi Baratashvili, a former deputy chairman who was already functioning as chairman, in the end of December.

A few days ago, Baratashvili fired Khatuna Berdzenishvili, who headed the news division at GPB, and explained that this was a part of a restructuring process. But Berdzenishvili claimed the decision was related to a news report with claimed that the justice minister doesn’t have a law diploma.

Instead of leaving, Berdzenishvili appealed to the supervisory board to review her dismissal.

On Monday, the board held a session which lasted almost half the day, and made a decision to dismiss the recently appointed chairman.

The board says in a statement it listened to the arguments of both sides.

“After this, based on demands from board members, the issue was raised to declare distrust toward the general director,” the statement reads.

The board underlines that the main function of GPB is to be free from politics, fulfill the main goal of providing balanced and unbiased information to the population, to protect the broadcaster from possible political influence and protect its reputation.

“The form in which the conflict was presented to society harmed the broadcaster and its inner stability; the parties should have shown restraint and been reasonable, to avoid transforming the conflict into a subject for political speculation.”

The position as GPB chairman is now vacant again. Meanwhile, Giorgi Bakradze, a member of the GPB management, will serve as acting general director.