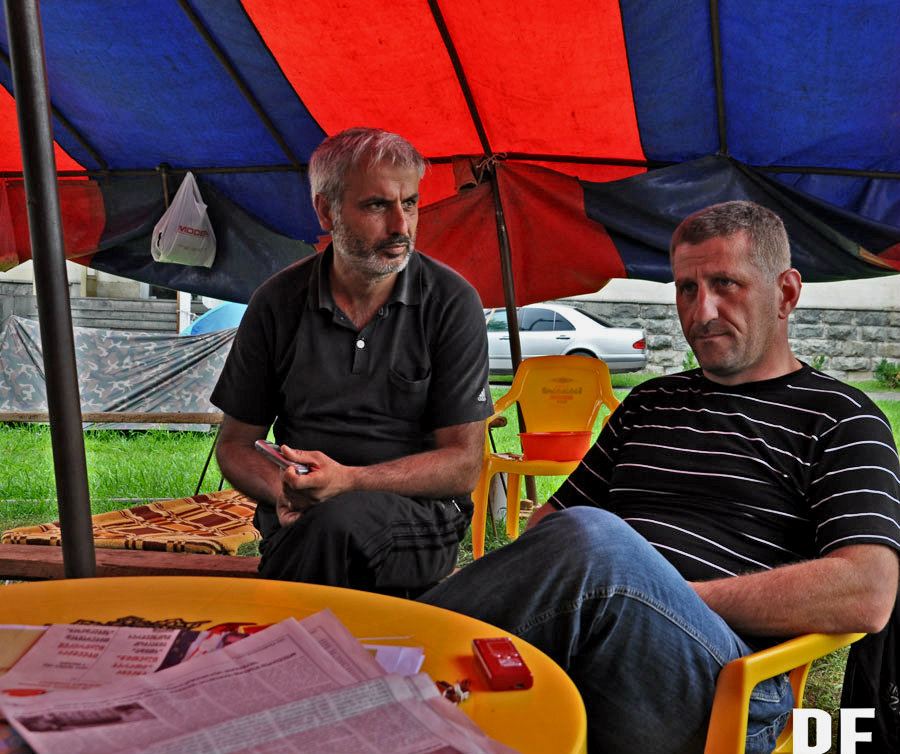 TBILISI, DFWatch–For more than three weeks, activists and supporters of the Georgian Dream coalition have been protesting in front of town hall in Ozurgeti in the western Guria region of Georgia, against the acting head of the municipality.

The activists have set up camp in front of the municipality building to demand the resignation of Konstantine Sharashenidze, the acting gamgebeli who represents their own coalition. 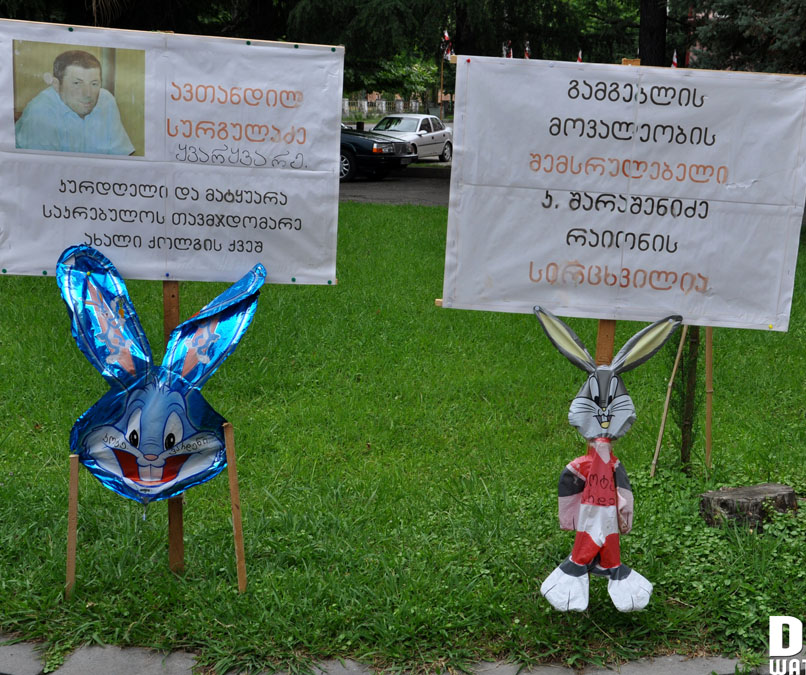 Activists accuse the acting head of the municipality of a political ploy to promote his own interests. (DFWatch photo.)

They claim Sharashenidze supported National Movement member Avtandile Surguladze in becoming head of the town council instead of Dimitry Korghelidze from the Free Democrats party, which is part of Georgian Dream coalition. Activists accuse Sharashenidze of a political ploy to promote his own interests.

They also accuse him of having come to their protest camp and tore apart their posters before entering the local municipality building. Sharashenidze denied that he did this.

About 30 people are gathered in the camp right now. They explain that they new people arrive to replace those who leave.

“If we do not express our opinion those UNM members will think we don’t care and they will do whatever they want to,” one of the rally participants explained, adding that they have no intention of leaving before their demands are met.

United National Movement still has a majority of seats in the Ozurgeti city council. Next local election will be held in 2014. In October, 2012, the Georgian Dream coalition won parliamentary election, after which many UNM members left their factions in local governments. As a result, the party has already lost its majority in the Tbilisi and Kutaisi city assemblies.