Protest against tree-cutting in Tbilisi

Protest against tree-cutting in Tbilisi 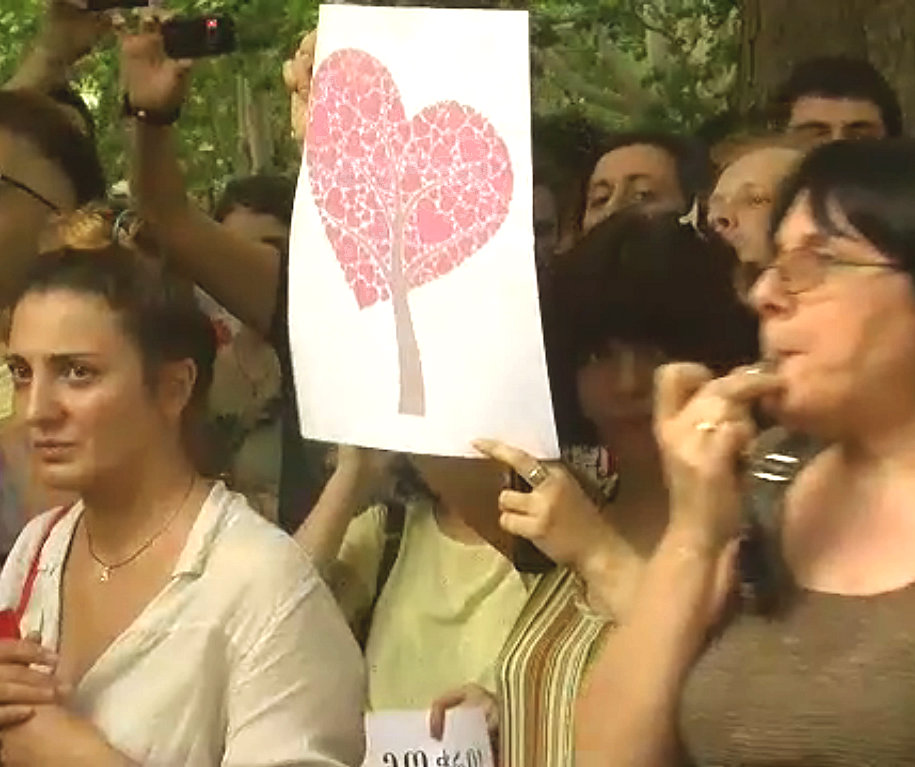 Campaigners say they have gathered more than five thousand signatures against the clearing of trees to build a complex of apartment blocks. They demand that the area be made a recreational zone. (Palitra TV.)

TBILISI, DFWatch–More than 40 healthy trees were cut at the former psychiatric clinic in Tbilisi on Monday. Youth and locals rallied outside, demanding a stop to the tree-cutting.

The first rally was held on June 27 to warn citizens that there were plans to cut trees on about 27 000 square meters and construct buildings on the cleared land. The government sold this area to foreign investors who are planning to build a complex of apartment blocks.

Even though the tree-clearing was stopped on Monday, there are still no guarantees that it will not be resumed later. The rally started from morning and later that day, Environment Minister Khatuna Gogoladze came to the spot and explained that it will be hard to change anything in those plans, because the government sold it in 2010 and has no rights to stop them.

BD Property, the company that owns the land, issued a statement which says that they will implement all the obligations included in the contract, which also includes constructing a park along with the apartment complex and they will only cut old and damaged trees. However, more than 40 healthy trees were cut on Monday.

The rally, which lasted the whole day, had as demand that the area should be granted status as a recreational zone. The initiative group has gathered more than 5 000 signatures which will be delivered to the Prosecutor’s Office today.