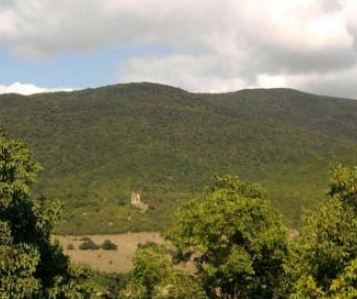 TBILISI, DFWatch–Russian border soldiers a few days ago detained another Georgian citizen and brought him to Tskhinvali where he was placed in preliminary detention.

The detainee Zurab Salamashvili, 52, from the village Sakorintlo has been in a detention for three days, according to a reporter for Interpressnews who is in the conflict zone at the moment.

Salamashvili’s family says that Russians in uniforms took him from a field at the end of village, which lies in Georgian-controlled territory.

Russian soldiers in May moved the border 300 meters into Georgian-controlled territory and installed razor wire fences, which made a few families end up on the other side.

Detentions of Georgian citizens have became more frequent lately. The reason given for detaining them is ‘crossing the border’. Georgia’s government is in negotiations with the de facto government in Tskhinvali about the release the of detainees, but some of them still remain in detention.

Border detentions has otherwise been a regular topic of discussion at field meeting within the Incident Prevention and Reaction Mechanism (IPRM), and also at the talks held in Geneva about twice a year between all the parties in the conflict.