Prosecutors struggling to deal with flood of complaints

Prosecutors struggling to deal with flood of complaints 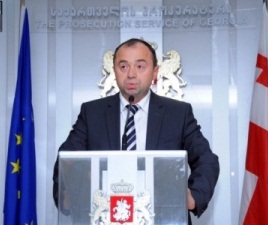 TBILISI, DFWatch–The Prosecutor’s Office in Georgia has created a 12 member investigative group to deal with the mass of complaints flowing in.

Chief Prosecutor Archil Kbilashvili said on Wednesday that the group consists solely of young prosecutors who finished their internship earlier this year.

“We made such a decision in order to exclude subjective position of any prosecutors in cases,” he said, adding that this way complaints will be examined in details and decision will be made not on the basis of public opinion towards controversial cases and people, but based on a detailed study.

He said that more than 1 500 complaints have so far been filed. Among the cases are complaints against the prosecutors themselves, where people have demanded that a prosecutor is fired, but Kbilashvili said it would not be fair to do so without going through the case in detail.