Prosecutors in Georgia investigating alleged beating of woman by police

Prosecutors in Georgia investigating alleged beating of woman by police 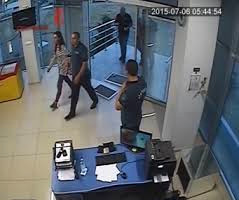 TBILISI, DFWatch–Police in Georgia are accused of beating a young woman during a brawl at a youth club in Tbilisi.

A video where the young woman describes her treatment by police has gone viral on social media in Georgia. The Ministry of Internal Affairs denies the accusations, but has delayed making public the content of video cameras that are believed to have captured the incident.

The victim Lika Kikiani claims that on the night of July 6, about 20 policemen beat her in the parking lot at Turtle Lake. “Vitamin”, the swanky youth club where she works, is located in the vicinity of Turtle Lake; a popular summer entertainment destination in Tbilisi.

The woman says she tried to defuse the brawl between some young guys at Turtle Lake when she was confronted by police officers who insulted and beat her. She says there were “up to twenty, not less than 18” police officers.

Kikiani is convinced that the incident was recorded by surveillance cameras.

An investigation has been launched following a statement by the Interior Ministry’s general inspection, which concluded that Kikiani’s report was false.

The MIA released a statement on July 8, saying that the general inspection unit, which is responsible for investigating crimes committed by police, conducted an investigation and found neither evidence nor witnesses that confirm the girl’s account, although she herself has not given testimony to the inspection unit.

Ambulance staff who examined the girl also could not confirm the existence of injuries, the MIA states.

However, journalists filmed Kikiani’s bruises and she claims they are from being beaten by police.

Kikiani is currently demanding that these recordings be made public.

Kikiani says she waited with a lawyer at Turtle Lake on Wednesday for the general inspection staff until late night but nobody showed up.

The security service of the company operating Turtle Lake entertainment facilities says it doesn’t has access to the recording, only the police does.

On Thursday, Kikiani and her lawyer, accompanied by an IT-specialist, tried to get access to the servers where the recordings were uploaded. They succeeded in getting access but it turned out that recording of the period when the confrontation presumably happened had been deleted.

It is still unclear whether they were deleted deliberately or automatically by the system.

However, the security service of the operator of Turtle Lake said the records had been retrieved by the criminal police.

DFWatch asked the MIA whether these recording had been retrieved but the ministry declined to comment.