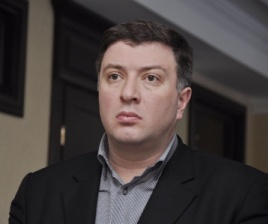 On Thursday, the Prosecutor’s Office asked the court to change the bail into detention and to transfer the house, which he put in mortgage to pay the bail, into the ownership of the state. https://dfwatch.net/tbilisi-mayor-plans-to-mortgage-house-to-pay-usd-30-000-bail-86126

The charges concern embezzlement of money from Tbilisi City Hall in order to finance the election campaign of the National Movement before the parliamentary election in 2012. https://dfwatch.net/tbilisi-mayor-questioned-in-embezzlement-case-21651

The Prosecutor’s Office claims that Ugulava violated the conditions of his bail and the bail must therefore be changed into detention, which he already has, and the apartment taken over by the government.

Later on Thursday, Prosecutor Natia Songhulashvili explained that Ugulava must have changed pre-trial conditions. She said, December 21 he was bailed out for 50,000 lari under certain conditions and if these are violated, the law says that there must be stricter conditions, which means pretrial detention, while the bail must be replaced by the property by which it was provided.

By violating the conditions, the Prosecutor’s Office meant that Ugulava committed another crime, referring to recent charges concerning election fraud in the local election on June 15.

Ugulava’s lawyers say they need to get familiar with the new documents from the Prosecutor’s Office before they can form an opinion and react to the matter.

Ugulava responded the same day by saying that even if the government leaves his children homeless and decides on detention for eight of the charges, he will still continue to fight.

He said that the house, which belongs to his mother-in-law, is now about to be appropriated.

“My ill father-in-law is charged and has to go to Rustavi. My brother-in-law Giorgi Ghoniashvili was detained. I am here. My mother-in-law will be left without a house,” he said, adding that he still continues to fight.