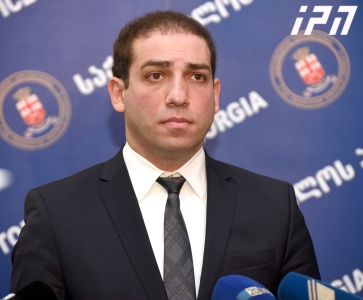 Instead, the Prosecutor’s Office would request a bail for six martial artists, charged with beating of opposition politicians and their supporters in Kortskeli, a village in Samegrelo, during by-elections in May.

“Likely, the Prosecution will send a formal request for a bail today,” Shotadze said, adding that the suspects were charged with a criminal offense under Article 239 of the Criminal Code, which means hooliganism.

Five athletes have been charged with the first paragraph of Article 239, which means group hooliganism and is punished by fine, or compulsory community service for 180-200 hours, or to imprisonment up to 5 years.

The sixth person, Vladimer Gegeshidze, a member of Georgia’s Greco-Roman wrestling team, was charged with par. 3 of the same article that means prison term from 4 to 7 years.