Proposal to prevent NGOs and media from ‘insulting traditional values’

Proposal to prevent NGOs and media from ‘insulting traditional values’ 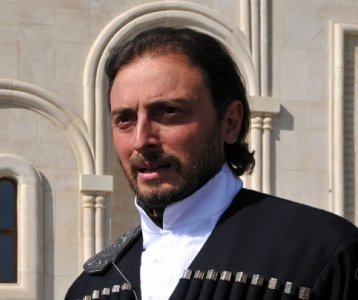 TBILISI, DFWatch–A Georgian businessman has proposed to create a commission to prevent media and non-governmental organizations (NGOs) from insulting the country’s traditional values.

Levan Vasadze, who formally has status as ‘knight’ and is president of the Demographic Development Fund, is known for his radical conservative statements.

On Friday, he outlined his proposal to have a commission for protecting traditional values and asked the government to rapidly amend the legislation. The civic commission would control media outlets and NGOs ‘financed from abroad.’

There is aggression against church, family and national values, Vasadze said. He argued that national broadcasters are sources of uneducated people, aggression and immorality.

He wants the commission to ‘strictly punish and prohibit the activity’ of every media outlet or NGO which insults the country’s traditional values, and such a measure should have a strong legal basis.

Speaking at a press conference, he also called on the government to introduce a plan for rehabilitation and compensation for people oppressed by the previous government and punish the ideologues of the former regime, who in his words are continuing their ‘anti-state activities.’

“And if this will result in concern by certain foreign groups, your people will only be thankful for that,” he said, adding that it would also be a reward if it leads to Georgia sliding down on ‘so-called freedom rankings.’

Government officials have not yet responded to his calls.