Pro-Russia party to be founded by former Georgian minister

Pro-Russia party to be founded by former Georgian minister 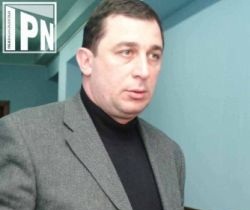 TBILISI, DFWatch–A former security minister who was fired by President Mikheil Saakashvili after the Rose Revolution in 2003 is to found a new political party with a pro-Russian orientation.

Valeri Khaburdzania, who has lived in Russia for the last two years and just came back to Georgia, has been holding meetings with journalists for the last few days promoting his plans.

Before Saakashvili came to power, the Security Ministry used to be a separate body, but was later merged with the Interior Ministry. Khaburdzania was minister in 2003, during the Rose Revolution, and it was thought that he secretly supported the future president and it was because of him that protesters managed to enter the parliament building peacefully without any problems, although he himself has denied this until today.

He remained a minister for a few months after the revolution and later was appointed to the post of Deputy General Prosecutor, but was fired after a few months.

Khaburdzania claims he has good relations with Vladimir Putin, President of the Russian Federation, and that he even meets with Putin for dinner organized for small communities.

In January, he spoke about setting up a new party while he was in Russia, and said that it would be a party having a uniquely Russian orientation. He has repeated this idea a few times after coming to Tbilisi. He says he came to Georgia to attend his daughter’s wedding and other family business.

Khaburdzania says he thinks Georgia should join all organizations which Russia will form in the future for economic cooperation or common security goals.

Khaburdzania doesn’t recognize the occupation of Georgian territories by Russia. He says it is not an occupation, but Russia’s support to separatists.

He excludes cooperation with Prime Minister Bidzina Ivanishvili and the Georgian Dream coalition, because they are too pro-western.