Pro-EU rally and concert in Tbilisi

Pro-EU rally and concert in Tbilisi 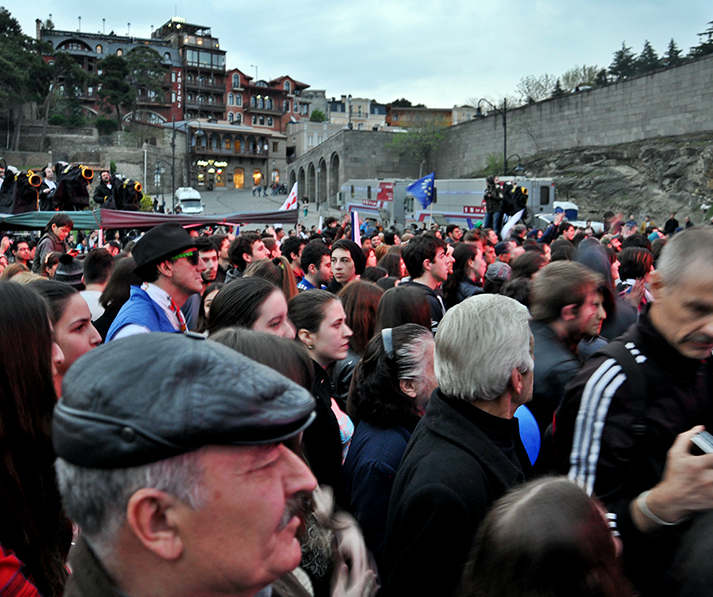 The concert was titled ‘We Want Europe’ and brought messages through speeches and music about why Georgia should become a member of the EU. (DF Watch.)

TBILISI, DFWatch–A concert was held in Tbilisi on Sunday to rally support for Georgia’s integration with the EU.

The concert was called We Want Europe. Among the speakers was President Giorgi Margvelashvili who addressed the crowd in the beginning of the concert.

Margvelashvili said that all of them came for one goal and this goal is not a choice of some single political force, but the goal of people.

“This is a choice made by our predecessors, who created delightful country – Georgia,” he said. 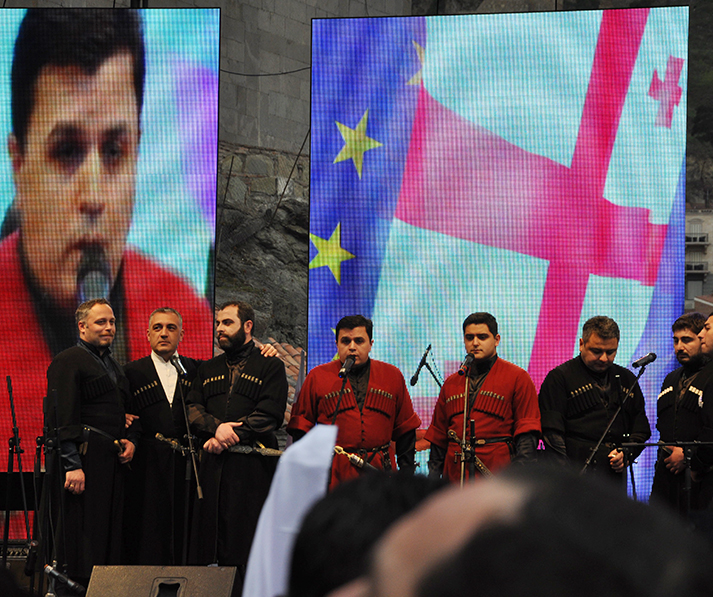 Philip Dimitrov, Ambassador of EU to Georgia, also addressed people holding EU and Georgian flags, saying that he is sure Georgia will sign the Association Agreement with EU in a few months.

Lasha Tughushi, Chairman of Liberal Academy and one of the organizers of the concert, explained that music and culture is the perfect way to say what needs to be said.

“With this music we told everyone that we need to be in Europe and become part of it; that Europe is our home,” he said, adding that in some situations it is better to express desires by music.

“I am sure we can do it and we will do it in order to get home, Europe,” he continued, and explained that Europe for him means human rights, welfare, freedom, justice, everything related to dignity.

Tina Khidasheli said she believes Europe is a human without borders, it is freedom, peace without violence and aggression.

“So naturally I want to be where there is peace and human is a main value, where government doesn’t harass and no one misses the war,” she tells us.

The screen behind the scene displayed flags of the EU and Georgia, and during breaks it showed recorded appeals from different well-known people, like politicians, writers, journalists, explaining why they want Georgia to join the EU and what Europe means to them.

The rally was organized by Civil Society Forum National Platform, which is an umbrella organization uniting more than a hundred non-governmental organizations.

“Every Georgian citizen should have an opinion about this issue. We encourage everyone, regardless of their political beliefs, to come together around this idea,” organizers wrote.