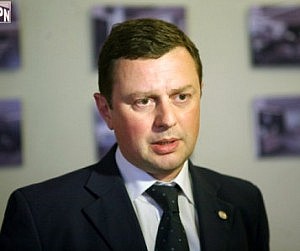 Prisoners with life sentence feel they are being discriminated against, Dimitry Lortkipanidze explained. (Interpressnews.)

TBILISI, DFWatch–At least 50 prisoners serving life sentences have gone on hunger strike to demand to benefit from a mass amnesty introduced in early 2013.

The prisoners want to change their life sentences into a set number of years, after which their sentences will reduce by one quarter, in accordance with the rules of the 2013 amnesty, in which half of all prisoners were released.

Dimitry Lortkipanidze, a politician from Nino Burjanadze’s party Democratic Movement United Georgia who is known for defending the rights of prisoners, told journalists that 55 prisoners at Gldani (“No 8”) prison in Tbilisi are on hunger strike.

The reason they do this now is that the term of all previous promises has expired, he explained. They are protesting against the ‘discriminatory approach’ of the government toward prisoners who are serving life sentences.

The prisoners warn that they relatives are planning big rallies.

There are more than 80 prisoners with life sentences in Georgia, mostly at Gldani prison. Four of such prisoners are women.