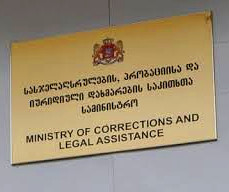 TBILISI, DFWatch–The Prison Ministry on Tuesday welcomed an objective investigation into its procurements.

According to a report by the State Audit Office on Monday, the same company won all 14 food-related tender in 2013 and 2014.

The report also criticized the ministry for handing out large bonuses without explanation.

The Prison Ministry said in a short statement that any company was allowed to participate in tenders announced during the past two years.

“Due to a lack of time, there was extreme conditions, and the tender commission made a decision to avoid a failure in the organizing of food supply for the inmates,” the statement reads.

The Ministry added that if the Audit Office still believes that there were indications of criminal offenses, they can ask the Prosecutor General’s Office to launch an investigation.

The Audit Office sent material collected during its inspection to the Prosecutor General’s Office on Tuesday.