Priests to be put on trial for anti-gay violence

Priests to be put on trial for anti-gay violence 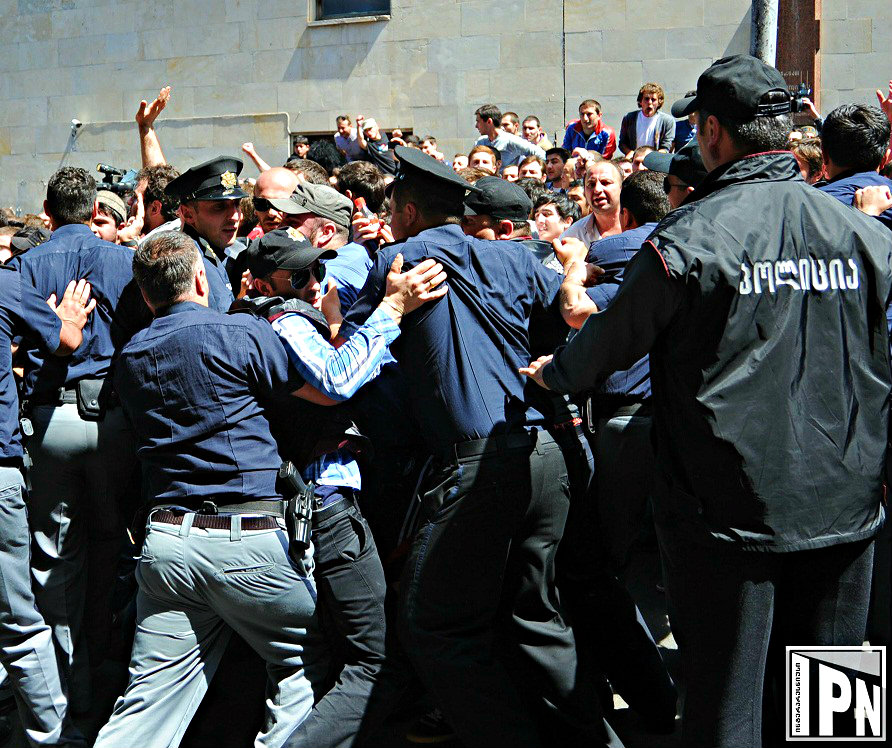 Almost thirty people were injured in the violence during the disruption of a gay rights rally in Tbilisi on May17. (Interpressnews.)

TBILISI, DFWatch–The trial of the two priests who are suspects regarding the violent clashes on May 17, is scheduled for July 15. Meanwhile the Prosecutor’s Office didn’t ask the court to place them in pre-trial detention or administrative punishment.

“The necessity of punishment is based on the nature of the person and their opportunities,” Chief Prosecutor Archil Kbilashvili said on Tuesday. “How possible it is for them to destroy evidence or run away from the country? In this case there were none of those conditions.”

He explained that the Prosecutor’s Office decided not to ask for restrictive measures imposed on the priests.

“This might have been an artificial necessity instead of a natural one,” he said, adding that it is already important that there was a search operation for the clerics and that punishment is now ‘secondary’.

The Chief Prosecutor noted that the investigation continues and four persons, two clerics and two civilians, are charged with violating the right to assembly, which is punishable under Georgia’s Criminal Code.

If convicted, the punishment for the two clerics might be a fine, or up to two years in jail or one year’s community service. None of the priests admit guilt.

Anthimoz Bichinashvili said a few days ago that he doesn’t plan to hire a lawyer for his trial, as he will be able to speak for himself.

“Is there a lawyer who might defend me cleverer than me?,” he told Rustavi 2.

May 17 LGBT activists planned to mark the International Day Against Homophobia, but clerics and parishioners disrupted the rally. Thousands of parishioners attacked a few tens of LGBT activists, who were evacuated by the police. Up to 30 persons were injured, including journalists.