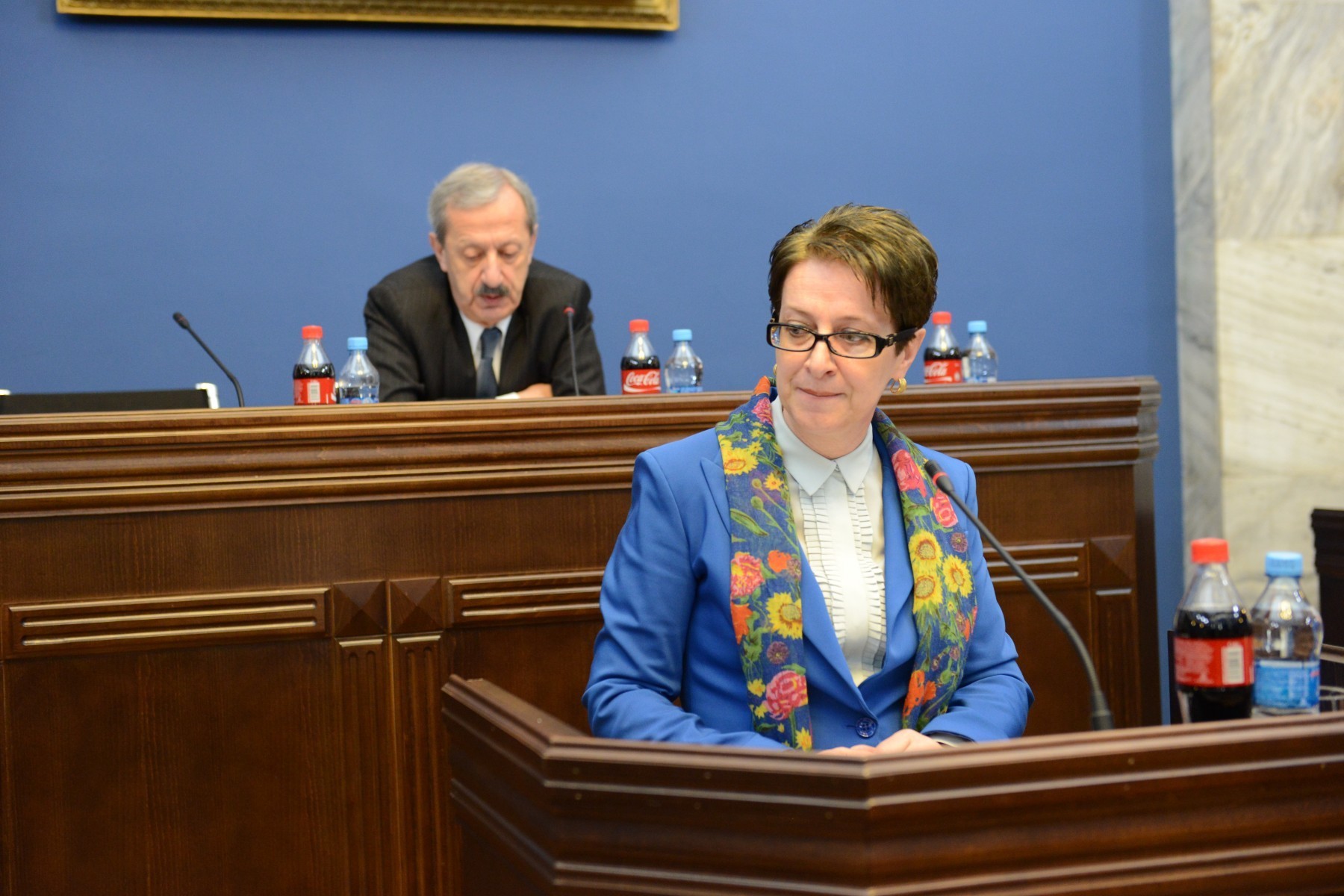 Two hearings on Monday failed because many Georgian Dream representatives didn’t show up and a quorum was not reached. Some were in the building, but stayed away from the hearing.

According to some commentators, the reluctance reflected that the government coalition did not have a common view about Nino Gvenetadze’s candidacy, but Wednesday’s developments might indicate a change in attitude.

Georgia being a country still undergoing reforms, it does not have the clear separation of powers as most democracies. The Supreme Court is not the highest legal authority. Above it is something called the High Council of Justice, a political body conducting oversight over how judges are performing, and may sanction or fire them. It is also a sign of the country’s reforms that judges are educated at a “judge school” and have little practical experience.

Therefore, the Supreme Court chair is mostly a symbolic position, but finding a replacement for outgoing chair Kote Kublashvili has nonetheless generated much public debate even among the ranks of the GD. Many of its members opposed the nomination of Gvenetadze, dubbed as a ‘rebel judge’ following her dissent during early years of Mikheil Saakashvili rule, soon after the Rose Revolution.

The National Movement unequivocally opposed Gvenetadze’s candidacy, and saw her as a paragon of the corruption during Shevardnadze era. But Irakli Alasania’s Free Democrats backed her.

Nino Gvenetadze was picked by President Giorgi Margvelashvili from a list of 28 candidates.

On Wednesday, Nino Gvenetadze’s nomination was approved by the judicial committee and the human rights committee in parliament.

The parliament will later vote on Gvenetadze’s nomination at a plenary session, the date of which has not yet been announced.

According to the Constitution, the Supreme Court chair is elected for a 10 year term. Konstantine (Kote) Kublashvili, the current chair’s term expired on February 23. If parliament fails to approve Nino Gvenetadze, the position will be handed to Zaza Meishvili, the first deputy chairman.

Kublashvili’s term marks the end of a controversial decade of reforms, where young inexperienced lawyers were brought in and trained to become judges. The result was a politicized justice system, which lay behind the Georgian Dream coalition’s landslide victory in the 2012 parliamentary election.

The new government released more than half of all prisoners and is preparing a separate body to investigate wrongs committed by authorities with the courts’ blessings during the last decade.