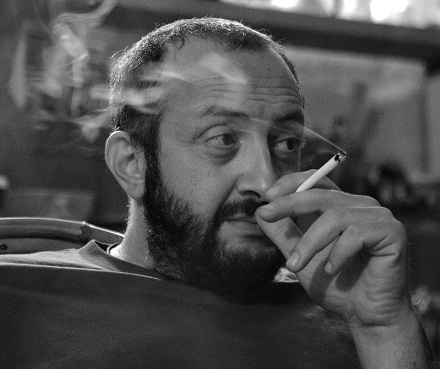 Giorgi Margvelashvili is Ph.D. in philosophy.

It would be strange if the things were different, it would confuse the classics; ad fontes: power corrupts; absolute power corrupts absolutely. Could this maxim be wrong in Georgia’s case? Could Saakashvili be an exception from this truism? asks Giorgi Margvelashvili, Ph.D. in philosophy.

That hypothetic question is already part of recent Georgian history, and probably has no real value. What is important is the facts, and the facts show that power has corrupted President Saakashvili. What a pity, he could not escape the unavoidable…

Yet, he argues that he has got his point, stating that he is an energetic, pro-western, indispensable leader, and a marginalized group of Russian spies is opposing his reforms. So he used all his trump cards: the government – all three branches of it, state-controlled national media and well-tested ideological cannonade: rhetoric of democracy, joint agenda with western leaders, Russian conspiracy, and surrealistic language of glorious future. He probably thought that this would work.

But, the colors faded, neither the president’s charisma while describing how mummies are invading Georgia, neither the restless Ms Mogeladze of the Chamber of Control, nor national media propaganda was effective. This became evident when his challenger, Ivanishvili, appealed to people. Massive demonstrations in Tbilisi and Kutaisi, showed that Ivanishvili is not only supported by civil society and the opposition, but enjoys popular support as well. It became clear that the proven remedy of threat and brainwashing cannot keep people away from politics. Tens of thousands of supporters flooded the streets, demanding free and fair elections.

Now this could be a clear message to Saakashvili, that this country has grown tired of your autocratic regime, that you should allow a democratic policy, behold – your tools are worthless. And even more – democracy might be good for everyone, including you.

But there are few people who are so personally in conflict with democracy as Ppresident Saakashvili is. It seems to me that he views democracy as historic unfairness, as a system that enables the unworthy to reign. If we for a moment were to be charitable, we could recognize him as a Platonic thinker who believes that democracy is “an agreeable, lawless, parti-colored commonwealth”. But that is theory; in real politics he reviled himself just as a person trying to maintain power by any means. So he made his moves, he rejected a call for at least having a pluralistic media (the “must-carry” principle), introduced legal changes in restricting political activity and finally, fined Ivanishvili many millions of dollars.

A battle against the will of the people requires action, and then the masks come off. In such a vein, Saakashvili’s policy is evident: he will restrain free media by any means, as well as trying to press the opposition on questionable “legal” grounds. Now here is a fundamental dilemma: Ivanishvili declared legitimate change of power through elections as his goal and principle. Yet, the state and all its instruments are controlled by Saakashvili, who views this challenge not as a political competition, but rather as an eschatological Armageddon. It is not that the challenger has no democratic support, but the place to exercise this democracy — the state — is hostile to democracy as such.

So, is there a realistic ground for president Obama’s prognosis, that he is anticipating fair and free elections here; the formal transfer of power that will be taking place in Georgia? Theoretically, I would say that probably Obama has a good intuition: if people support the opposition, if after the president’s two terms has passed, then even an incumbent is not an obstacle for change. But what we have in a real world, is a president, who is desperately confronting his nation, the international community and the classical founding principles of democracy – all together – all at once. More than that, he attempts to challenge history, which seems to be a dramatic choice, for him, for the challenger and the nation as a whole.