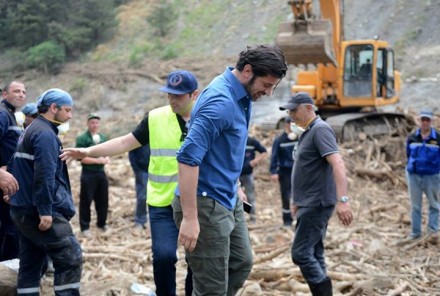 Tbilisi, DFWatch – Minister of Energy and the first vice Prime Minister of Georgia was awarded by the president with Order of Honor for his active efforts in the rescue operation after deadly flood in Tbilisi in June 13.

All of them were awarded for “outstanding civic responsibility, courage and exemplary dedication”, reads the statement published on the president’s website.

Photos of the minister, wearing muddy boots, with havoc wreaked by the flood in the background, hit the social media in Georgia evoking enormous public sympathy and skyrocketing his personal ratings.