Premiere of comedy film about Gay couple postponed after threats

Premiere of comedy film about Gay couple postponed after threats 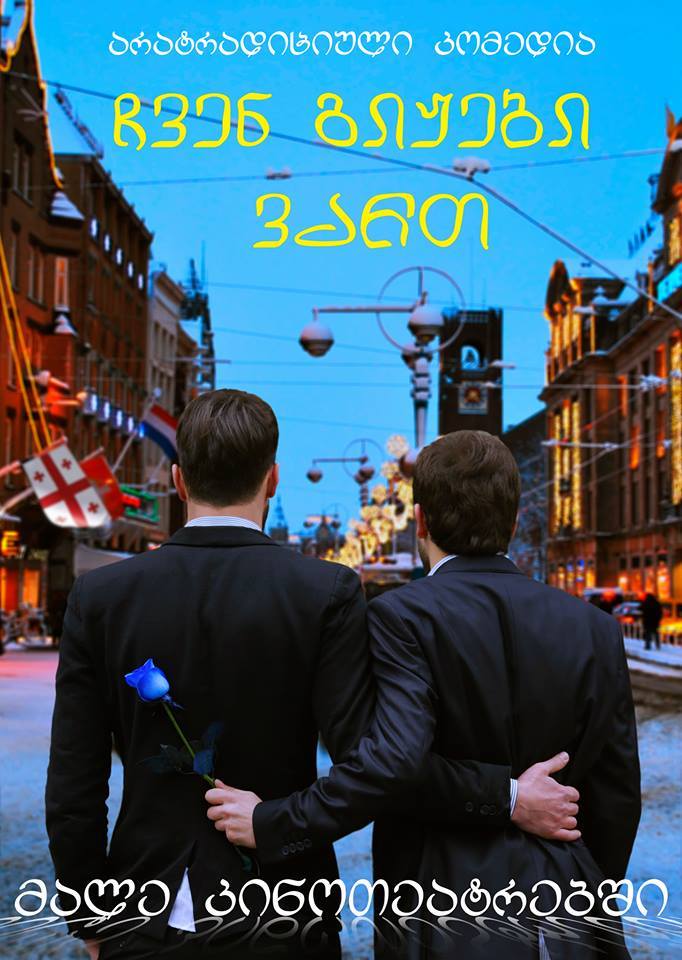 Poster of the comedy ‘We are Mad’

TBILISI, DFWatch–A film director and producer in Georgia has postponed the first screening of the new comedy about a gay couple because of the threats and fear that it might be seen as an attempt to destabilize the country.

Otar Mikeladze and David Bezhitaishvili, director and producer of the film ‘We Are Mad’, had planned a premiere in May 17, the International Day Against Homophobia.

But after receiving several threats from anonymous people via Facebook, they decided to postpone the screening of the film.

They claim they are pressured and threatened because the comedy might be perceived as ‘homosexual propaganda’ by radicals.

The Union of Orthodox Parents, a radical Christian group mostly known for dispersing a Halloween party and rallying against LGBT people, held a demonstration in front of the parliament building in Tbilisi on April 13, demanding to ban public screening of the new movie.

“We took the very painful and adverse decision not to present ‘We Are Mad’ on May 17, 2014. We apologize to that part of society which was waiting to see the movie. We apologize to the crew too. The premiere will be held when Georgia becomes an European country,” said Otar MIkeladze, the director, referring to the date of signing association agreement with the EU in June.

On May 17 last year thousands of people attacked a small group of LGBT supporters who wanted to mark the International Day Against Homophobia. Christian activists claimed celebrating this day was propaganda for homosexuality.

The organizer of last year’s event, Identoba, claims that this year’s events are being funded by the group Eurasian Choice. Identoba claims it is a Russian ploy aimed at obstructing Georgia’s signing of an association agreement with the EU,  planned for June.

Giorgi Chkhartishvili, representative of the LGBT group, who is going to join the meeting on May 17, said they are not just carrying out someone’s wish and are not funded by Eurasian Choice, but sees no problem in being funded by the coalition.

Archil Chkoidze, head of Eurasian Choice, categorically denies the accusation about their funding.