Political prisoners were blessed by the patriarch

Political prisoners were blessed by the patriarch 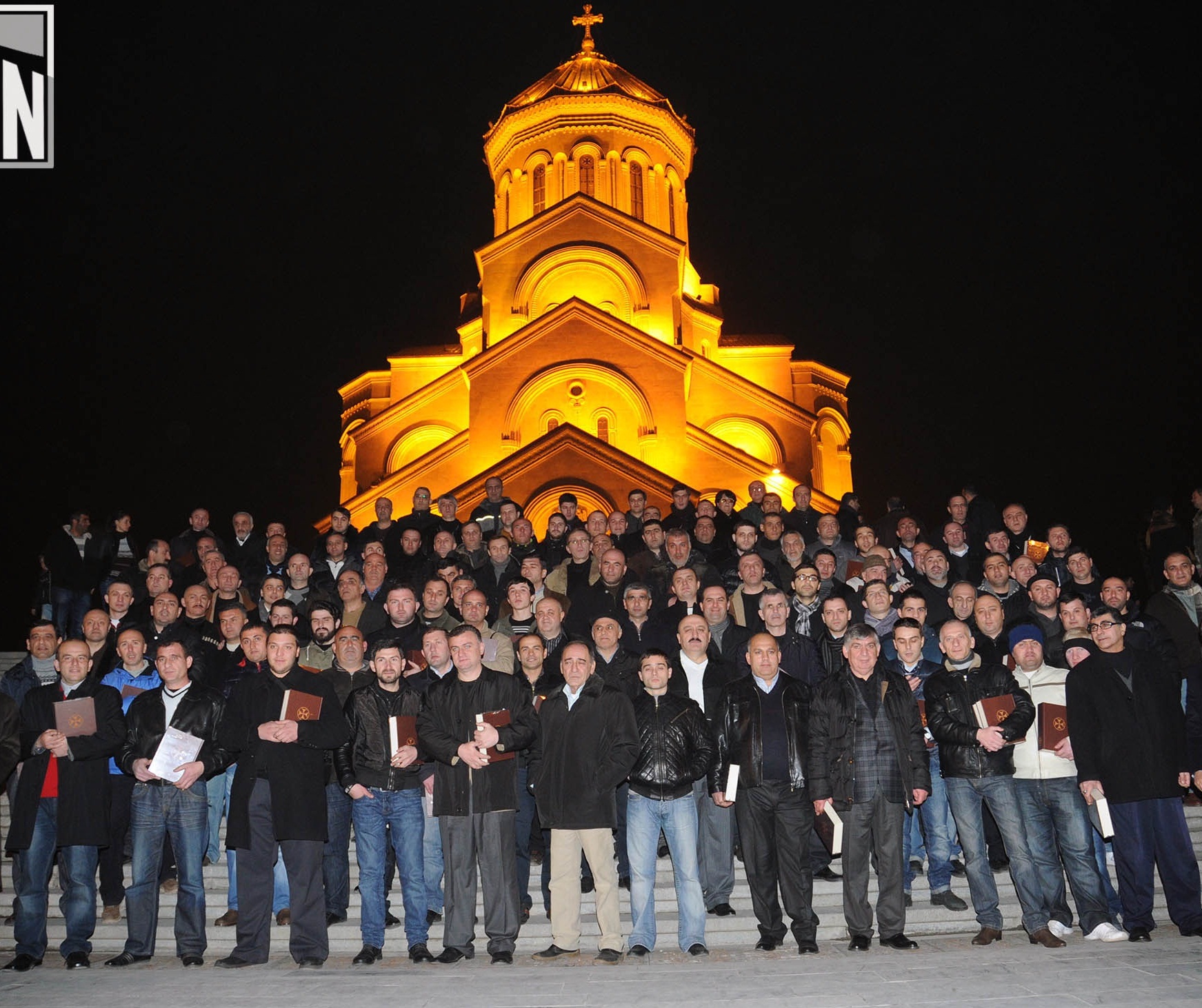 TBILISI, DFWatch — Political prisoners, who were released last Sunday when the new amnesty law came into force, visited the Georgian Patriarch, who blessed them.

The prisoners came to Trinity Cathedral in Tbilisi to attend the prayer for the Orthodox holiday of Epiphany, which is celebrated January 19 in Georgia, following the Julian calendar.

Ilia II anointed them with oil and gave them symbolical gifts for the upcoming Easter and collections of the Christmas epistles.

The prisoners expressed their joy over having been released on such a holiday and that they got the chance to be blessed by the Georgian Patriarch on this day.

Human rights activist Nana Kakabadze told journalists that it was an initiative by Patriarch Illia II to meet with the political prisoners.