Police in Georgia arrest 6 persons for trying to sell uranium

Police in Georgia arrest 6 persons for trying to sell uranium 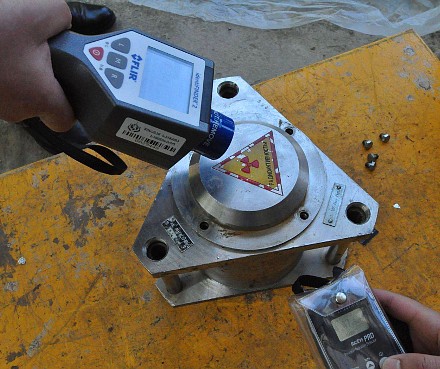 Savle Motiashvili, an investigator at the State Security Service, said at a briefing on Monday that they have arrested a three Armenian and three Georgian citizens.

In a statement published the same day, the security service says the accused were planning to sell uranium (U-238) in Tbilisi for USD 200 million.

“Law enforcers found a prefabricated container meant for the transportation of U-238. Given the gamma ray emission, the identity of the source and radiological expertise report, the seized substance is dangerous for life and health,” the statement reads.

An investigation is in progress about illegal handling and selling of nuclear material, a violation of article 230 of the Criminal Code, and punishable with 5 to 10 years in jail.

The security service didn’t comment on the origin of the uranium.