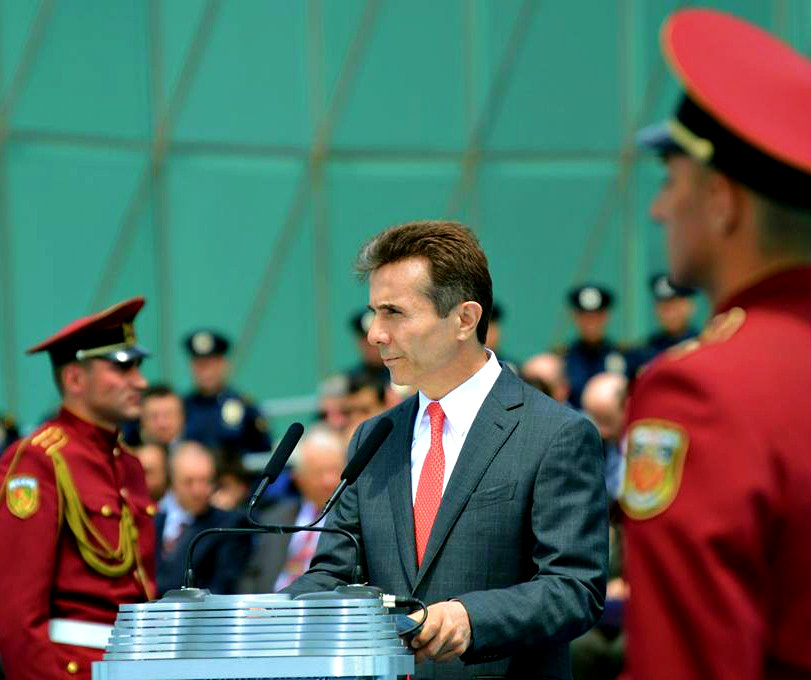 TBILISI, DFWatch–Police Day was marked in Georgia May 19. It was supposed to have been held on May 6, but the event was rescheduled due to the Easter celebration.

The Interior Ministry used the occasion to present a new uniform, a shoulder-mounted video camera, a redesigned badge, new cars and a new website.

400 new Skoda patrol cars and motorcycles of the brands Suzuki, Honda and Yamaha were given to the patrol police department. The presentation ceremony was held at the glass building of the Interior Ministry, referred to by some locals as «the shark».

The ceremony attended by the Prime Minister, the Speaker of Parliament, other members of parliament, government members and foreign diplomats.

The Interior Ministry presented new draft law on the police, the strategy for developing the interior ministry and a code of ethics for Georgian police. The draft presents a new concept for the police. It defines in detail the preventive measures and the legal basis for implementing the plan.

Minister of Interinal Affairs Irakli Gharibashvili said there is a plan to build a memorial to policemen who have died in the line of duty.