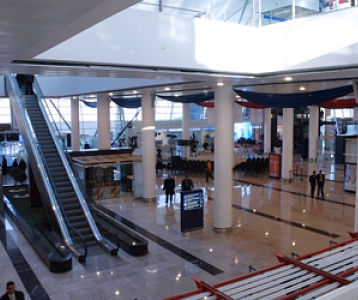 Garibashvili wants to name the airport, currently known as Alekseevka, after Rustaveli in connection with the poet’s 850 year anniversary, which will be marked next year.

The PM told City Council on Thursday that it is important to take people’s opinion into consideration when deciding on a new name.

Rustaveli is probably the most popular Georgian poet. He lived in the late 12th and early 13th century. The only of his poem which is preserved is Vepkhistkaosani (The Knight in the Panther’s Skin), which is translated into several European languages and is known around the world.

The PM said the government plans to set up a commission to plan the anniversary and ‘mark it in a special way.’

Tbilisi airport was constructed during the Soviet Union. During Saakashvili’s presidency, a new terminal building was opened in 2007 next to the old one, with modern infrastructure and functional design. It is commonly known as Tbilisi International Airport.

In 2013, the City Council discussed naming the airport after Georgia’s first president after independence, Zviad Gamsakhurdia, but the proposal was not passed.