PM Garibashvili: no obligation to attend the presidents ‘symbolic’ address

PM Garibashvili: no obligation to attend the presidents ‘symbolic’ address 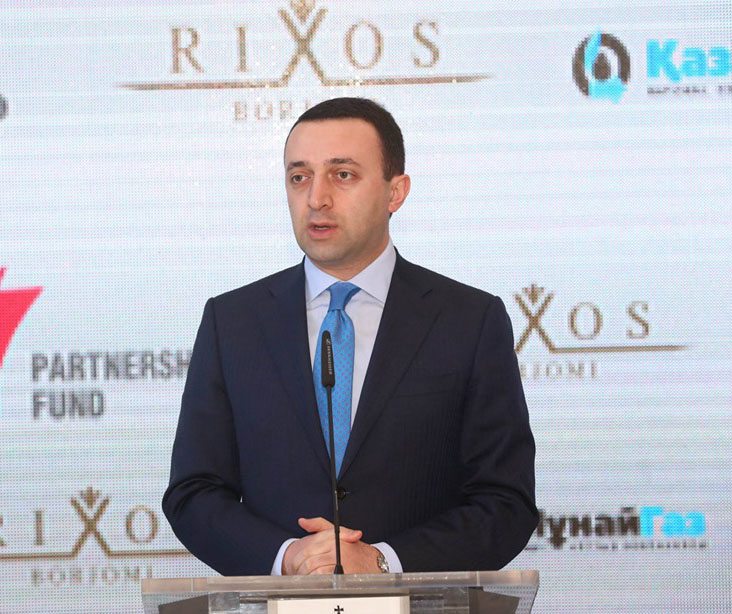 Irakli Garibashvili, the PM, at the opening ceremony of the five-stars hotel in Borjomi resort town (Press Office photo)

Tbilisi, DFWatch – Irakli Garibashvili, the PM, once more publicly disregards the President stating that government members have no obligation to attend the latter’s the state of the nation address at the parliament in February.

The constitution doesn’t oblige government members to attend such ‘symbolic’ events, Garibashvili said on Wednesday during opening ceremony of the five-stars hotel in Borjomi resort town.

“This is a symbolic speech. I don’t believe it is necessary that government, ministers and the PM, would attend,” he said and asked journalists ‘not to grant much importance to the issue.’

Giorgi Margvelashvili, the president, said earlier he hoped the government wouldn’t repeat what they did last year being absent during his last visit to the parliament, as it didn’t bring ‘any good to the state and its image at home and abroad.’

“I hope the government will find a time to attend the (parliament) session even though it is located in Kutaisi,” Margvelashvili said.

Last year, in February 21, the government was absent on Margvelashvili’s state of the nation address.

Covert confrontation between the president, on the one hand, and the government and most of the parliamentary majority, on the other, broke out almost a year ago, couple of months after Giorgi Margvelashvili’s election.

Close friendship with then political leader of the GD coalition and then PM, Bidzina Ivanishvili, turned to mutual neglect and severing of personal ties allegedly after the two confronted over the home of the presidential administration, as well as over several of its top staff.

After Ivanishvili’s resignation, relations between his successor and the president has morphed into the covert rivalry that time-by-time breaks into overt disputes.

The last climax of the confrontation came in late October when the president vetoed decision by the Georgian parliament to postpone a decision about reining in the use secret surveillance by the state.