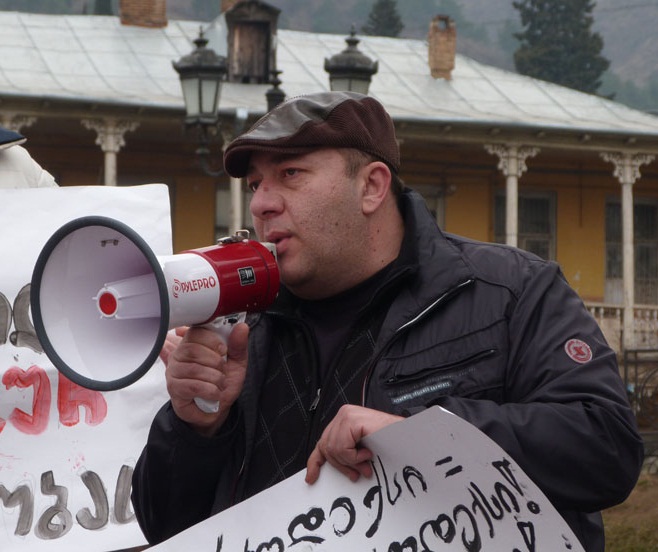 TBILISI, DFWatch – Nearly 18 000 employees in Georgia work under stressful or hazardous conditions, according to the Georgian Trade Unions, which suggests compensating them for financial loss due to early retirement.

In many dangerous professions, there is a mandated upper age limit, but no compensation for the loss of income until they reach pension age, which is 65 for men.

Firemen, for example, are not allowed to work after 55. They find it hard to find new work after serving 20 years or more in a specialized job.

“I think neither you, I nor anyone can imagine a 65-year old miner or 65-year old pilot. These are professions in Georgia which do not have the possibility to stay in the job until pension age, because of the age requirements,” Irakli Petriashvili, head of the Georgian Trade Unions told DF Watch.

Now the Georgian Trade Unions suggests compensating people who retire early from stressful jobs., and has worked out a bill they want lawmakers to look at.

“The latest reforms and processes in the country show that the Government motivated by creating economic growth chose a direction of ignoring the social problems of employees,” the trade union’s appeal says.

Presenting the two proposals, the trade union head remarked that similar compensations already exist in Georgia; the law about pensions defines it only for people working in law enforcement bodies.

“Such an approach gives a person wishing to leave work for pension the opportunity to decide, when he will leave the work in severe, hazardous and dangerous conditions, to keep his health, receive compensation and continue working in other, lighter work,” the union says.

The union also suggested an insurance for all students. The money for the students’ health insurance will be covered by the universities. This will require changes to the law about higher education.

In Georgia people don’t usually use insurance services, and many companies or universities do not provide health insurance for their employees or students, respectively.

A common fee for studying at a state university is 2 250 lari. The bill suggests allocating up to 60 lari for insurance for each student.

“This is the youth group, so the risk level is low and the insurance companies are interested in it,” Petriashvili says.

The union has gathered more than the 30 000 signatures which is required to initiate a bill in parliament, but local authorities and city councils refuse to approve the signatures.

“This way they have created an artificial barrier against voters using their constitutional right to take legislative initiatives in parliament.”

The city councils sent a letter saying that the signatures should be approved by a notary, and according to the law. Only if in some location there is no notary bureau, can the city council confirm them.

The problem is that it will cost around 24 000 lari to have such a number of signatures confirmed by a notary.

At today’s press conference the trade union representatives said that they have had a number of initiatives in parliament, but never had such problems before. They are going to write a letter to the president and ask him to provide a legislative environment in which citizens are able to exercise their constitutional rights without any restrictions.

Plan B will be to initiate the bill in the parliament through a political party, but in this case ‘it would really be a pity that the initiative will be taken off the name of the civil sector, Petriashvili thinks.