Parliament speaker fears visa-free travel for Georgians may be delayed

Parliament speaker fears visa-free travel for Georgians may be delayed 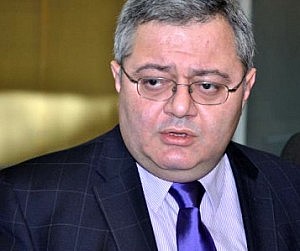 TBILISI, DFWatch–The EU’s plans to allow visa-free travel for citizens of Georgia may be postponed, the Georgian speaker of parliament said Monday.

Davit Usupashvili blamed members of the party of former President Mikheil Saakashvili of lobbying against visa liberalization out of petty party political interests.

He claimed that former government officials, together with some members of European Peoples Party (EPP), are trying to connect visa liberalization to the UNM.

“Often particular partial or personal interests are in the foreground rather than the interest of the state, but this problem can be solved too,” Usupashvili assured.

The speaker also thinks other factors may delay the introduction of visa-free travel for Georgians: there are certain geopolitical circumstances in the region and generally in Europe which may cause the plan for visa-free travel to be postponed, a situation which was not brought about by Georgia.

This may delay the process, but not essentially affect it, he told journalists in Brussels.

Another problem, he said, is statements made by certain members of the GD coalition who glorify the Soviet dictator Joseph Stalin.

“Some of the not-so-young Leninist and Stalinist creates problems for us, because many of their statements are perceived here [in Brussels] as statements by the government. Our goal is to deal with these three small problems properly,” he added.

The parliament speaker was referring to Gogi Topadze, leader of the Industrialists Party, who last year said that there should be a portrait of Stalin on the walls of every office, because ‘everyone will acknowledge that Stalin had the personality of a genius and did great things.’ Topadze has also criticized the current Georgian defense minister, who is Usupashvili’s wife.

The speaker of parliament visited Brussels on Tuesday and met with the president of the European Parliament, as well as the head of the foreign affairs committee and other politicians.