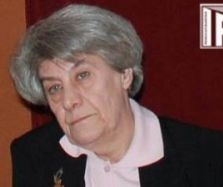 TBILISI, DFWatch — While on Monday parliament discussed a draft bill about amnesty, the pardon commission reviewed 1 400 cases of prisoners, but made a decision to release less than half of them.

The pardon commission studies cases of prisoners to prepare a list of positive recommendations. The list is then sent to the president for confirmation.

On Monday, the commission reviewed 1 400 cases. Elene Tevdoradze, chair of the commission, said less than half of candidates were recommended for pardon, but she didn’t specify the number, as the president will have to make the final decision.

But she says only prisoners who haven’t committed homicide or been arrested for drug dealing, rape, recurrent crime or trafficking, will be released.

Those on the list have half or less than half of the term left to serve, including prisoners in difficult health condition and one underage.

The commission session lasted almost ten hours. The final decision about how many prisoners will be released will become known on November 22.

Meanwhile, the parliamentary committee on human rights, which on Monday presented a draft bill for amnesty, announced 180 persons as political prisoners, and 22 as political refugees.

A working group is now given two weeks to study cases of persons whose applications to the committee were incomplete.

The committee has reviewed more than 220 cases. The final decision on political prisoners and refugees will be presented to parliament in the next few days.