Owner of Georgia’s largest bank plans to go into politics

Owner of Georgia’s largest bank plans to go into politics 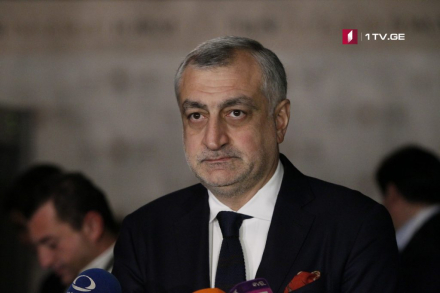 Mamuka Khazaradze said he was urged to act by the events of June 20. (1tv.ge)

TBILISI, DFWatch–The founder of Georgia’s largest bank has announced his intention to establish a “public movement”, a step seen by many as a bid to enter politics.

Mamuka Khazaradze, the founder of TBC Bank, wrote in a Facebook post on Tuesday that the June 20 events were a “watershed” that moved him to act.

“I made a decision to establish a public movement in September with my friends and colleagues and professionals in various spheres, the main purpose of which is to unite the country and maintain its independence and freedom,” Khazaradze says.

It is still unknown who would become members of the new movement, but one name that has been mentioned is former PM Giorgi Kvirikashvili.

Mamuka Khazaradze and his TBC Bank have been under attack by the government during the last few months. In March, he publicly accused several named government officials of trying to force the bank to help the ruling party in the 2018 presidential election campaign. He specifically accused the minister of internal affairs, as well as the president and vice president of Georgia’s National Bank.

Earlier, in February the National Bank sanctioned two of the key persons in TBC Bank, including Khazaradze himself.