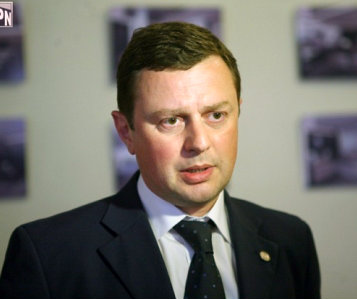 The name of the coalition is the United Opposition.

Lortkipanidze was also a candidate for ombudsman in late 2012 after the change of government. His years as an advocate for prisoners’ rights earned him the support of many relatives of prisoners, but he was also criticized for allegedly making homophobic statements.

“We will fight for victory in the local government election,” Nino Burjanadze said at a press conference.

In 2003, she led the peaceful coup known as the Rose Revolution, together with Mikheil Saakashvili and Zurab Zhvania. She served as speaker of parliament and acting president, but had a falling out with Saakashvili in 2008, and later joined the opposition against him.

Saakashvili’s party, the National Movement, is technically the opposition in parliament, but is perceived more as members of the former regime than an actual opposition group.

“We are starting the United Opposition and we plan to fight in the local government election, as well as the parliamentary election,” Burjanadze said.