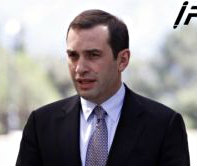 TBILISI, DFWatch–The government coalition in Georgia is in its worst crisis till now, as one party leaves and questions are raised about its western oriented course.

Two ministers resigned in protest against the dismissal of the defense minister the day before, but the crisis continued.

Prime Minister Irakli Garibashvili fired all the deputies of Defense Minister Irakli Alasania, whom he dismissed the previous day. This was followed by the resignation of the euro-integration minister, the foreign minister and all her deputies.

When the Georgian Dream coalition’s political council met in the afternoon Wednesday, Alasania announced that the Free Democracts Party, of which he is leader, is leaving the coalition.

“I didn’t come here to speak with Ivanishvili,” he said.

It is unlikely that the Free Democrats’ leaving will mean that the governing Georgian Dream coalition in practice loses its majority in parliament. If all the Free Democrats follow Alasania, the coalition will have 73 out of 150, which is less than an absolute majority. But it will still have so-called majoritarians who support them in parliament. These are representatives elected by the one-past-the-post system.

Late Wednesday night it became clear that three of the Free Democrats in parliament will stay with Georgian Dream the coalition, which leaves them with 76 representatives and preserves their absolute majority.

Each party claims that the others’ actions is an attack on the country’s Euro and Euro Atlantic integration.

In a statement made at 16, Prime Minister Garibashvili accused the Free Democrats and those who resigned of ‘sabotage’ harming the country’s interests. He underlined that the government of Georgia stands firmly on a Euro and Euro Atlantic course – seeking closer integration with the European Union and NATO.

He also said that Georgia is much stronger now than it was two years ago and called on everyone to be careful in handling issues that have to do with the security of the country.

Earlier the same day, the PM issued a decree to dismiss all five of Alasania’s deputies.

Today, the U.S. ambassador to Georgia responded to events by saying that Georgia needs stability, unity, demonstrated commitment to due process and the rule of law, public confidence in democratic institutions on a background of ‘regional turmoil and domestic economic challenge.’

“It would not be appropriate for the United States to take a position on specific ongoing investigations, but the number and scope of prosecutions of former and current officials raises legitimate concern that the judicial system is being used in a politicized way, or for political purposes,” he said. “We urge the government to take steps to dispel these perceptions.”

NATO envoy James Appathurai, who has been on especially good terms with Alasania and his ministry, responded to events in Georgia on his Facebook page and wrote that he thanks the three ministers for their hard work and dedication to Georgia’s Euro-Atlantic future.

“I was glad to see the Prime Minister’s clear statement that these developments will not divert Georgia from its Euro-Atlantic path. This, I believe, reflects the will of the Georgian people,” he writes. “NATO, and I personally, will remain committed to helping Georgia take the steps necessary to continue to move closer to NATO membership.”

Alasania underlined in his statements that the charges leveled by the Prosecutor’s Office against Defense Ministry officials is an open attack on the ministry, but first of all on the country’s Euro-Atlantic course, as this body is the country’s direct link to NATO and the EU.

When asked about government members’ dedication to the Euro-Atlantic course, Alasania said he is confident that all ministers are committed to a western oriented course, but when asked about the PM he avoided answering, promising instead that he will talk about this and other issues when the session of the coalition council is finished.

Alasania, who in practical terms is now in opposition after his party broke with the coalition, underlined that the Free Democrats will not cooperate with the party led by MIkheil Saakashvili, the National Movement, as there are ‘fundamental differences’ between them. He didn’t exclude cooperation with the Republican Party, which is a coalition member.

Many had expected that also Justice Minister Thea Tsulukiani would resign. She was member of the Free Democrats before becoming minister. But Tsulukiani has refrained from comment until now. The PM said she has not asked him to resign.

President Giorgi Margvelashvili, who is also in confrontation with the PM, is on a visit to Austria and is expected to make first his comments when he arrives tomorrow. Before the dismissal of Alasania, he responded to the detentions of Defense Ministry officials by saying that the ‘country must be managed by strong institutions and not from behind the scenes.’

This was a reference to Bidzina Ivanishvili, the billionaire who brought together the current coalition. Some believe that he is the real decision maker in the government.

Justice Minister Thea Tsulukiani, who is from the same party as Alasania, will remain on her post.

She said Wednesday evening that she is going to attend party conference of the Free Democrats on November 8. As justice minister her status as party member is suspended, she said, but as soon as she is no longer a minister she will return to the party.