One more talk show goes off air in Georgia

One more talk show goes off air in Georgia 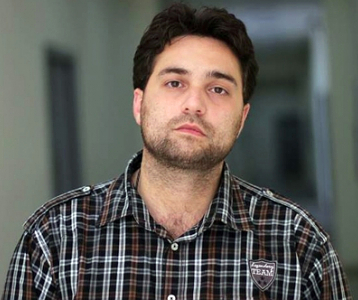 Archil Gamzardia said the show was cancelled to silence him. (Interpressnews.)

TBILISI, DFWatch–One more talk show has been taken off air in Georgia.

The Sunday evening program ‘Kviris 2030’, which has been a venue for views close to former Prime Minister Bidzina Ivanishvili, will end in September, producer Vasil Maglapheridze said on Tuesday.

The shutdown of ‘Kviris 2030’, which is broadcast on GDS, a channel run by Ivanishvili’s son, follows shortly after the suspension of two other talk shows – Reaktsia and Imedis Kvira – which run on Imedi TV, which has reestablished itself as an independent voice after years of domination by the previous government.

Maglapheridze said the project has reached its end and it will soon be replaced by another show. But host Archil Gamzardia claims the reason for cancelling was a wish to silence him.

“Maybe because they couldn’t accept me as I am,” he told journalists.

Imedi TV also explained that the two talk shows will be replaced by other ones in the future, but did not offer any details about the new programs.

The ‘Kviris 2030’ show in GDS was conceived by Ivanishvili, a billionaire who brought together a diverse coalition in 2011 which now is in government. It was intended to offer analysis of current events and Ivanishvili was co-host once every two weeks, an opportunity he used to express his views about the president, NGOs, the economy, among other things.

It went on air in March and GDS was required to get a license to make the transition from entertainment to politics.

But even though the Sunday show will no longer be broadcast, there will still be a ‘2030’ news bulletin five days a week.

Gamzardia said he is the only one whose contract hasn’t been extended, but that he thinks it is because he was planning to resign due to the work conditions. When his contract ended in July, he was told that it would not continue from September.

“They hired lots of people in that period and I am the only one with whom they didn’t want to continue [their] cooperation,” he said.

“I was the factor, just like in the case of Inga Grigolia (the journalist who hosted Reaktsia on Imedi TV). Even though she had five talk shows they would have shut down all of them.”

Maglapheridze said it is a normal process that some talk shows just end and others appear on TV. He didn’t specify what shows will be new on GDS but promised that some of them will be political.