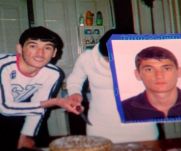 TBILISI, DFWatch–The Prosecutor’s Office has detained another suspect in the case of the death of Levan Kortava.

Prosecutors at the western regional office detained Iveri Gogoberidze on the basis of a court decision, according to a statement by the Prosecutor’s Office. Gogoberidze is former deputy director of Geguti prison.

“There is a justified assumption in the investigation that Iveri Gogiberidze abused powers, which is a violation of 332nd section of the Criminal Code of Georgia,” the statement reads. “Also falsifying evidence in a criminal case.”

If convicted, Gogiberidze may face up to 6 years in jail.

Three employees of Geguti prison were a few days ago placed in two months pretrial detention.

Levan Kortava died May 23 at the prison hospital. There are claims that he was tortured and murdered. The Prison Ministry informed that he was injured in a scuffle with other prisoners. The cause of death was major head injuries.