One Georgian soldier dies in Afghanistan

One Georgian soldier dies in Afghanistan 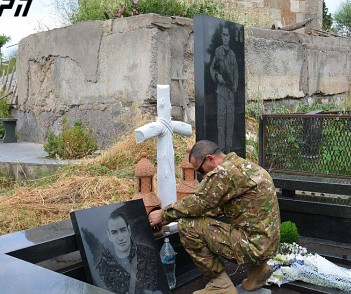 The grave of Mikheil Narindoshvili, one of Georgia’s two dozen Afghan war casualties. He died in the June, 2013 attack. (Interpressnews.)

Private Vasil Kuljanishvili was from the 43rd battalion of the IV Mechanized Brigade.

Sergeant Paata Rostobaia from the same battalion was wounded in the same incident.

Georgian troops were deployed to Afghanistan in 2004 in a contingent that counted 50 but later grew to 1,600; the largest of any non-NATO member taking part in ISAF.

More than two dozen of the country’s soldiers have died. In February, 2012, three Georgian soldiers died as the vehicle they were driving in exploded.