One Georgian detained by Russian border guards near disputed region

One Georgian detained by Russian border guards near disputed region 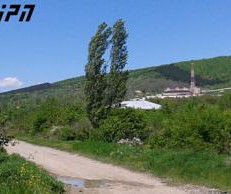 The 67 year old was out looking after cattle near Adzvi when Russian border guards approached. (Interpressnews.)

TBILISI, DFWatch–Russian border guards on Monday detained one more person near the village Adzvi, which borders with South Ossetia.

The detainee is Grisha Balamtsarashvili (67), who was out in the field looking after cattle at the edge of the village, together with two others from the same village.

Witnesses say Russians approached them in a UAZ vehicle, and asked them to follow, but the two others managed to escape.

It is not yet known where Balamtsarashvili was taken, but detainees from border villages are usually placed in a detention facility in Tskhinvali, the center of South Ossetia, and released after paying a USD 60 fine for “illegally crossing the border.”

A few days ago, Russian border guards detained two boys from the same village and one elderly man from Sakorintlo. The boys were released later the same day.