One dead, seven missing after landslide

One dead, seven missing after landslide 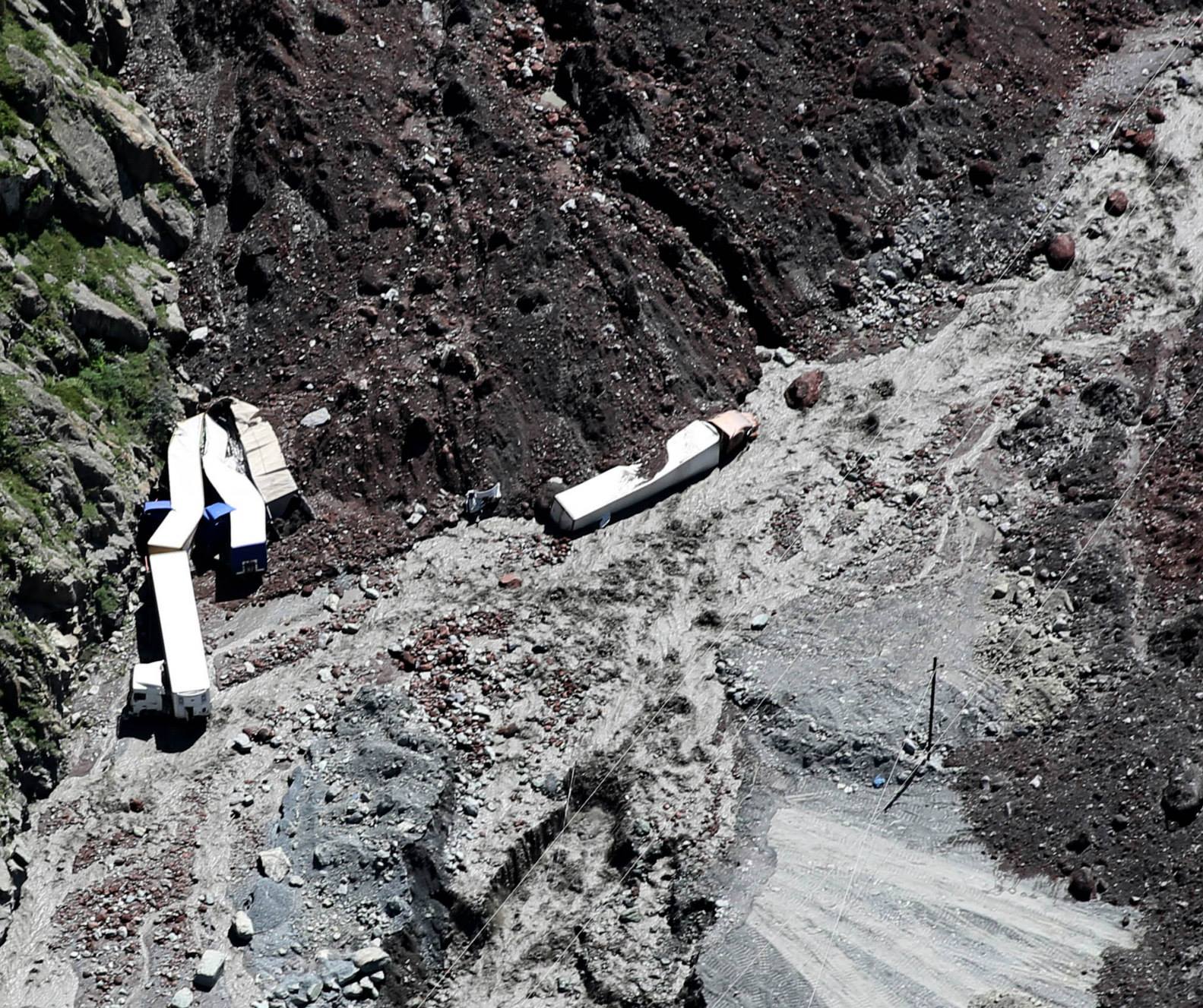 The government says three trucks were caught under the rock masses. (Photo published on Facebook.)

TBILISI,DFWatch–Seven people are reported missing and one dead, according to the latest information from Dariali Valley, where a massive landslide struck Saturday morning.

The government’s security and crisis management council on Sunday published a statement with the latest information from the disaster area which says three trucks were caught under the landslide and several people are inside a tunnel in connection with construction work.

According to the council, a search operation is in progress, but the high water level makes it difficult with the massive landslide. A citizen of Ukraine, who was taken to hospital on Saturday, died on Sunday. One other Ukrainian citizen and Turkish citizen left the hospital in the morning.

The disaster took place on Friday morning when a massive one million cubic meters of rock tumbled down into the Dariali Valley and clogged the  river Tergi.

According to the latest information, 164 people have been rescued out of the disaster area. The Interior Ministry evacuated about 150 people from Larsi checkpoint, including border guards, police employees and revenue service employees, in addition to ordinary people.

Road traffic is now prohibited in Dariali Valley. Interior Minister Alexandre Chikaidze on Sunday told journalists there is left part of the landslide on Mkinvartsveri; that is why it is prohibited to go there, also for journalists.

He said there is a special group of climbers on Mkinvari who will immediately inform if there is any movement in the landslide. He said 60-70 percent of clean-up work is carried out now. Larsi checkpoint – the only border crossing between Georgia and Russia – is still not operational.

“The tunnel of the power station let the water flow through it, by which we avoided an even larger catastrophe,” he claimed.

However, environmentalists disagree and say they warned about the danger two years ago.

Geologists are preparing to conduct a study to see if there is any danger of another landslide from Mkinvari and the research results will probably be published on Monday.