On the road. A story of one Iraqi refugee in Georgia

On the road. A story of one Iraqi refugee in Georgia 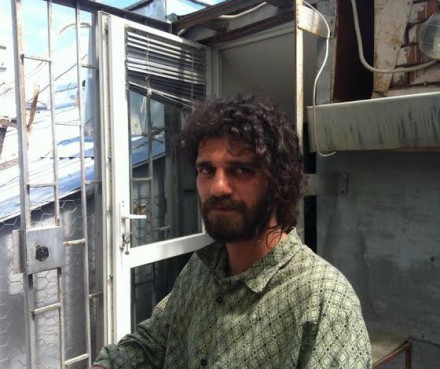 Tbilisi, DFWatch – According to the estimates from the UNCHR, as of December 2014 there were over 1200 asylum seekers and over 800 refugees in Georgia. 26 year old Mustafa Shalan is one of them. His story, which he told me one spring afternoon in a sunny balcony in the center of Tbilisi, is a tale of a young man seeking a place to settle, as he is no longer welcome at home.

Mustafa Shalan is an Iraqi citizen, but his family had to leave the country when he was a child. A couple of years in Jordan followed, and later his family, seven children in total, settled in Syria, Damascus.

“Syria was a nice country to live. A bit like Georgia – no one asks where are you coming from and who you are,” says Mustafa, who used to work in Damascus, before he had to leave the country.

According to Mustafa, the visa system in Syria was fairly easy and fairly corrupt. No one was checking their papers, and even if they did, ‘you just pay one dollar and everything is fine again’.

However, he was forced to leave in 2012: “The officials were afraid of Iraqi terrorists, so they started to clear out the country and to send away illegal Iraqis. I was probably the first one to go,” laughs Mustafa.

He gets serious in a second: “I am not with the Syrian government, but I am also not oppose. They are fine for me. There are examples around – Iraq, Egypt, Libya – when people get rid of a bad person just to get worse.”

At first, Mustafa’s path led to Turkey, where his older brother, Gaith Shalan, was working. He stayed there for a while, but he never officially extended his one-month visa, thus later was deported from the country, and now can not go back there for five years.

Banned from Turkey, Mustafa tried to go back to Iraq only to get thrown into a holding cell twice, as the authorities did not believe that he is an Iraqi citizen and thought him to be an imposter. 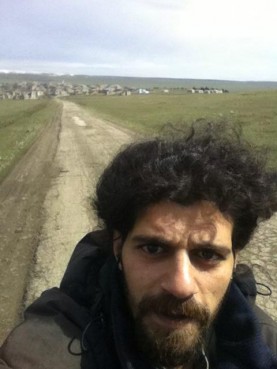 Selfie on the road to Udabno ( Mustafa Shalan)

After realising that the country of his citizenship will never be a welcome home for him, Mustafa started looking for other options. And then, Gaith’s panegyrics to Georgia (he had been here before) convinced Mustafa, his mother and two sisters to come and try to build a new life in Tbilisi in 2013.

But their dreams soon turned to hell. They’ve have applied for a refugee status, but the UNHCR assistance for their family was just 300 gel/month, which barely covered rent and kept them in a constant struggle. Mustafa tried working in a falafel stand and in a hotel. His mother got a job in the Iraqi school in Tbilisi. But each of them were barely making 10 gel per day, which was not enough to take care of the sisters, of whom one is in a wheelchair and the other has weak heath.

Mustafa’s mother realised that it will not be easy to start a normal life in Tbilisi, and left back to Damascus together with her daughters. Only Mustafa and Gaith stayed in Georgia to try work things out.

With a loan from an Iraqi acquaintance, they opened a small bar in Sololaki called No Border. For two months they’ve been spending their nights and days (as they slept in the same place) in the bar. But then one day they got into a big argument with the main investor and it lead to closing the bar.

“I had 100 lari in my pocket… We took all of our things, got a taxi and drove to Vake park, where our friends were camping protesting the construction of a hotel,” continues Mustafa.

And so, started their homeless life. They got a tent from their friend Levan and spent their first sleepless night wondering what else can go wrong.

“Gaith asked me – Mustafa, can a cow just fall down on us? It was our first time ever sleeping in a tent, so we were imagining a cow tripping and falling over the tent,” remembers Mustafa.

They lived in Vake park all summer, from the end of May until the end of September:

“We survived because of my brother. He was going to the Station Square all the time to ask for food, which we later cooked. If you go there around 5 pm, you can see people throwing out vegetables, and we would collect them. Sometimes we would ask food in restaurants. But we would never tell that we were homeless, we always told people that we are hungry travelers. It was not a very big lie after all – we were living with a lot of travelers in Vake park.”

The protest camp in Vake park in those days was turned into a haven for budget travelers, backpackers and hitchhikers from all around the world: “These travelers thought that begging for food was a cool thing to do. They wanted to be like us, to go ask for food with Gaith. They had no idea, that it was not our choice, that neither our family nor friends could help us out with money. So they enjoyed sharing our food and saving their money.”

Settled down in Udabno 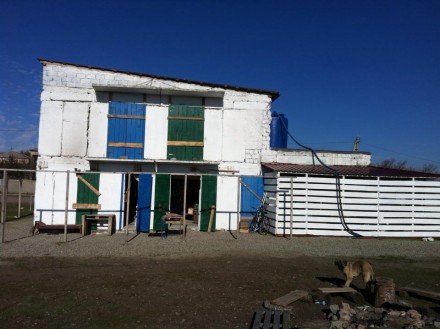 But their camping ended in September, when one of the campers stole Mustafa’s iPhone, which was vital for him to keep in touch with his family in Syria and his French girlfriend, whom he met in Vake park.

It was also the beginning of grape picking season, so Mustafa and his traveler friend Eidea decided to hitchhike to Kakheti. Mustafa hoped to earn enough money to buy a new phone, and Eidea simply wanted to experience the Georgian traditions.

The two travelers got invited by an insistent Kakhetian man to spend a night under his roof instead of camping in an abandoned building in the end of the village (Mustafa couldn’t remember the name of the place), and made plans to go grape picking in the same village afterwards. But his intentions were far from innocent – Mustafa says their host started inappropriately touching him, and the two travelers had to run away.

They didn’t want to stay in that village anymore, so Mustafa had no other choice, but to remember Ksawery Dus, the owner of the Oasis Club in Udabno, who had had promised him to help with a job a month earlier.

“I was shy to call him at first, but then I had no other option. No money, no grape picking, no phone.”

The phone call was successful, and now Mustafa lives and works in Udabno, while his brother went back to Turkey.

This is what I have now. I have a normal life, I have survived“ he says.

And in June Mustafa got great news – he was issued a temporary identity card of an asylum seeker in Georgia. “Now I can do so much more!” he sent me a happy text after the interview.