Ombudsman asks for thorough investigation of death in detention

Ombudsman asks for thorough investigation of death in detention 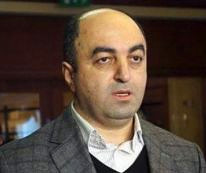 The ombudsman’s statement reads that March 15, a person who was detained a day before died in a detention facility in Telavi in eastern Georgia.

According to the statement, the detainee wasn’t feeling well in the morning. Emergency medical crew came and the detainee informed that he was registered in a methadone treatment program and needed help.

After the medical crew left, a person who was in the same cell as the victim claims that he asked for medical help after the doctors had left, but no-one called them back. There was scheduled a court hearing the same day to consider pre-trial detention for him, but he died in the hall of the detention facility.

The ombudsman asks to timely and thoroughly investigate the death. He believes the investigation is being conducted on the basis of the wrong article in the law, bringing to the point of suicide. He questions why the employees at the detention facility didn’t call for the emergency crew the second time the detainee was feeling ill.