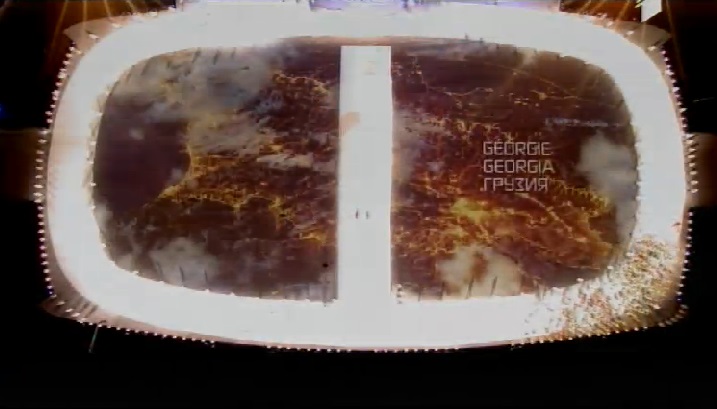 The controversial map with Abhkazia and South Ossetia covered by fog.

TBILISI, DFWatch–When Georgia was presented during the opening of the Winter Olympics in Sochi yesterday, the two breakaway regions Abkhazia and South Ossetia appeared covered by fog on a map used in the on-screen graphics.

Georgians were concerned about the reposting of photos from the opening ceremony in social media, but the foreign minister said there was nothing provocative in displaying the mentioned regions under fog. 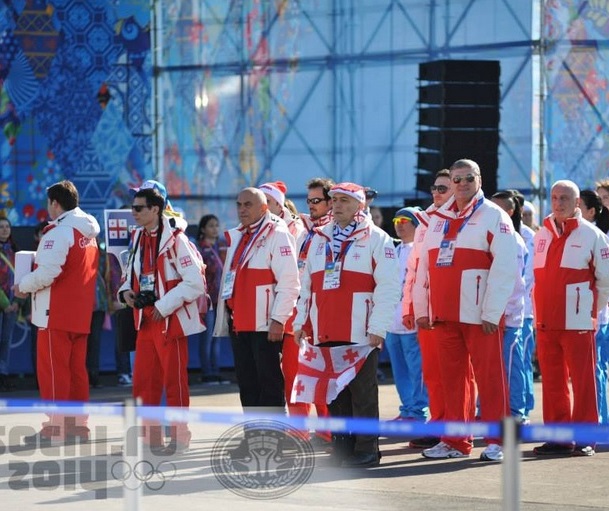 When Georgian athletes came out on the field, a map of Georgia was displayed on a screen, in which it was impossible to see Abkhazia and South Ossetia clearly, because they seemed covered by fog.

Foreign Minister Maia Panjikidze said on Imedi TV Friday evening that it is not right to consider this a provocation. She explained that the map of Georgia indicated on the website of the Olympics is the same as it is within its internationally recognized borders.

Panjikidze said she doesn’t know how to explain this fog on the map during opening ceremony.

Many Facebook users and members of the popular discussion portal forum.ge expressed concern about the fog, most were strongly criticizing Russia because of what happened.

Some wrote that from the start, most Georgians were against Georgian athletes participated in Sochi, and that is what they got in return for deciding to participate.

“What more did you expect? It is important to warm relations with Russia and show them that we love them and they would respect us,” one of the users wrote.

Some think it is better to hope that the government may acknowledge that nothing will come out of attempts to warm relations with Russia and will always get such results.

Some are now calling for the Georgian athletes to come home. Friday evening, a crowd of mostly youth demonstrated on Rustaveli Avenue in Tbilisi against the participation of Georgian athletes. They brought barbed wire and installed it on the road, blocking traffic for several minutes.

Georgia has a 16-strong delegation in Sochi. Head of delegation is Mamuka Khabareli, Vice-President of the National Olympic Committee. Three athletes are currently in Sochi: Nino Tsiklauri, Elene Beniaidze and Iason Abramishvili. Elene Gedevanishvili will join them February 14.