Obama had brief meeting with Saakashvili

Obama had brief meeting with Saakashvili 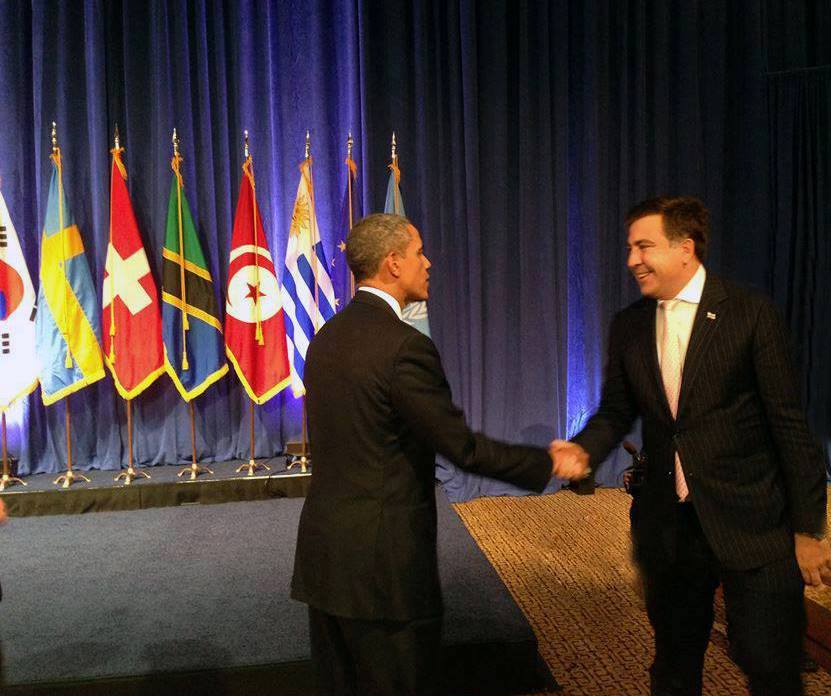 The brief conversation too place at a civil society event in connection with the 68th session of the United Nations General Assembly.

“You are leaving a great legacy of democracy and a reformed Georgia. What are you planning to do next?”, Obama asked him, according to Saakashvili’s staff.

“Besides politics I want to work in the educational sector, I’m doing a project of a presidential library,” Saakashvili responded,

“That is a terrific idea!” Obama said.

“Once again I want to express my gratitude for your strong messages while on a visit to Russia. Currently, the region is passing through a very turbulent period, to paraphrase you. The situation will become much worse before it gets better, but I want to ask you to stay focused,” Saakashvili said.

He is currently on a working visit to the US and will deliver a speech at the UN General Assembly on September 25.

Earlier president Saakashvili told the media that he thinks Russian occupation can be lifted through international support.

“For a small country the only chance to defend its positions is international law and international support,” he said. “For the last few months, the prime minister keeps repeating in interviews with western publications that the [2008] war was Georgia’s fault, Georgia as a country shouldn’t have world, regional ambitions and importance.”

The outgoing president said that if it was all Georgia’s fault, no-one will protect the country. He continued saying that government officials have stopped using the word ‘occupation’, which resulted in Americans and Europeans also stopped to talk about the occupation.

“For a whole year, this is the most unprecedented fact in the history of Georgia, that the prime minister wasn’t invited on an official visit to the US or any western European countries,” he said, “while our prosecutor, the prosecutor of an occupied country, for a week was to the capital of the occupant country, Moscow.”

Saakashvili added that the country now needs unity, and he plans to speak only about these problems during his speech tomorrow, but he thinks this won’t be enough.

“We all must be united, firm and show that we love our homeland and are ready to fight for its interests.”