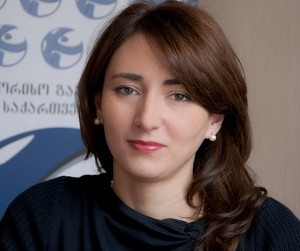 Last week was remarkable due to the activities of a number of NGOs (such as TI Georgia, GYLA, ISFED, Coalition for Free Choice, Media Coalition and others), which several months ago started a civic movement called “This Affects You Too”, writes Eka Gigauri, executive director of Transparency International Georgia.

From the beginning, this campaign was aiming at changing several provisions in the Georgian Law on Political Unions. After succeeding in the first phase of the campaign (most of the proposed provisions were taken into consideration by the legislator), these NGOs again approached the supreme legislative body of Georgia with a new proposal of legislative amendments. This time the proposal was targeting the Election Code and a number of laws related to elections, state budget and media. If before the main goal of the amendments was the introduction of more specific provision related to political party finance, this time the proposal submitted to the Parliament of Georgia is covering the following issues: better management of elections, transparency of election commissions; limiting abuse of state resources and funds; and pre-election media environment. Election system (value of one vote and distribution of election districts) has not been touched by the NGOs as it is now too late to make these kind of fundamental changes in the law. Moreover, this issue needs a long and comprehensive preparation including political dialogue between the political parties.

What exactly will be changed if these amendments are adopted? First of all, it will to a large extent prevent election commissions from modifying the summarizing records and ensure transparency of work of the Central Election Commission and district electoral commissions. All these will be possible to achieve if, as it is proposed, the respective commissions will be obliged to document the number of voters that participated in the elections before opening of ballot box. Also, election commissions will be required to conduct life stream from the meetings. This definitely will give the opportunity to the public to be more aware about the elections, as well as the decision- making process of these bodies.

Secondly, the initiative aims at hindering abuse of administrative resources and public funds in the pre-election period. This is one of the most important issues, as Georgia’s public recently witnessed different government’s initiatives related to social programs launched in the pre-election period. It has to be noted that these initiatives have not been considered in the state budget from the beginning of the year and do not have a long run impact on the social environment as a whole. Although there are some regulations in the present law in this regards, yet more specifications are needed, such as concrete restrictions on the system of public spending and a definition of the competent agency responsible for the identification and surcease of unjustified spending. For instance, the proposed provision provides that it is prohibited from July (parliamentary elections are scheduled for October) of an election year, to fund programs which put a voter socially in an advantageous position. For example, it will be prohibited to distribute vouchers and so on.

In addition to this, more precise regulations on budget expenditure will be introduced. Spending from President’s- and Government’s- reserved funds will be allowed only in extraordinary situation. This is very important to implement as very often these funds are used for cultural events including in pre-election period.

One very important initiative is related to campaigning rights of the public officials during events and presentations funded from state budget. Proposed amendments will ban campaigning on such events. It is crucial especially in the pre-election period to restrict agitation for one political party on events, which were funded by tax payers’ money.

And finally, a great part of legislative package is related to media environment, equal opportunities for political parties to communicate with the voters, as well as creation of pluralistic content in the media space, especially in the pre-election period. In order to achieve all these, the definition of hidden political advertisement needs to be introduced in the Georgian legislation, which would be prohibited in the pre-election period. Thus, if there will be for instance a TV show or video, or a reportage, which will not be related to the coverage of election campaign and where the logos, messages and other images of one political actor will be used, it will be considered as hidden political advertisement. Georgian National Communications Commission will be in charge of receiving complaints from relevant parties about hidden political advertisements and impose sanctions on TV stations if necessary. In addition to that, more precise rules will be provided for placing social, commercial and free political advertisements. The goal is to regulate situations when state agencies place adds to which the status of social advertisement has been granted by a TV station, however in reality content-wise these adds are actually promoting Georgia’s political leadership. This practice disadvantages opposition parties. In addition to this, currently there are no penalties for such an action.

Also in the amendment package, the rules for holding pre-election debates are set up. Moreover in order to ensure a pluralistic content on the cable networks, cable TV stations will be obliged to retransmit television signals of Georgian Public Broadcaster as well as community and satellite broadcasters. This request was introduced by TV stations for several years now and was never solved by the government. With the new amendment, cable stations will not be allowed to choose the broadcaster thus political speculations in regards of these issues will be over.

All in all the amendments sent by the NGOs to the Parliament will improve greatly the legal framework and the overall election environment in the country. In addition, it is very interesting to observe how recently a number of CSOs became more active and obtained an important role in the political arena and participate in the formation of the political environment in the country. It is very difficult to say why in this particular moment the government started to pay more attention to their activities and at some degree take into consideration what they are proposing. This is not always the case. That is why we might say that it is positive tendency in general. Hopefully close cooperation between governmental institutions and NGOs will continue and in the future NGO sector will be considered as strong player in the country’s democratic development.