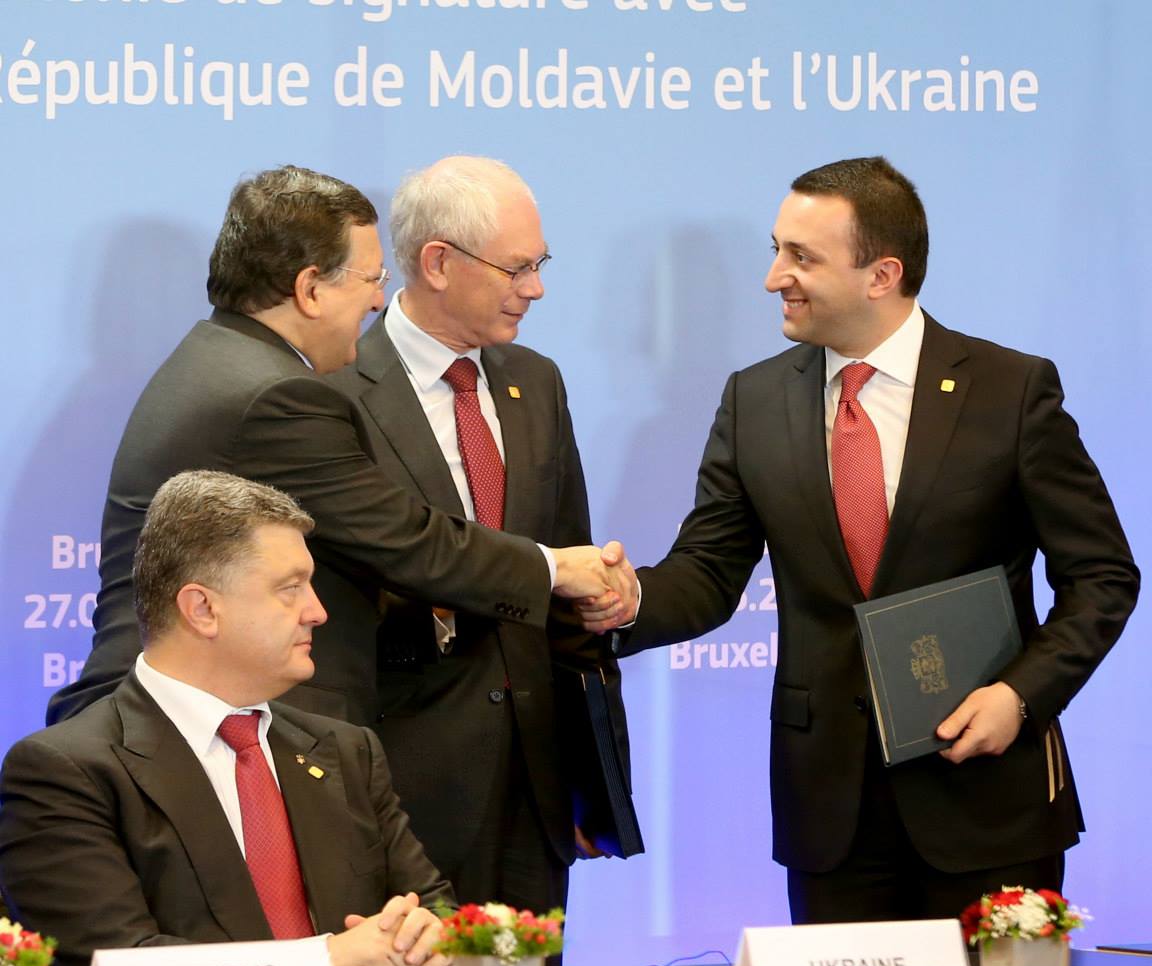 Barroso and Rompuy, as well as the leaders of EU states, congratulated Georgia, along with Moldova and Ukraine with signing the agreement.

Rompuy said it is a decision of historical importance and soon stronger ties will connect these states, bringing development for the whole European continent.

He added that this agreement is not the final step in relations and cooperation. The three states must continue their efforts to develop democracy and modernize the economy.

Barroso said it is stimulus to walk on the way of European choice and a historic day for Georgia, Moldova and Ukraine, a day which is a recognition of their progress, and a political signal that they have moved closer to EU.

He said the agreement will give them an opportunity to carry out reforms and achieve good results, contribute to the development of the European economy.

Now after signing the agreement, the next step is that the parliaments in Georgia and all the EU member states have to ratify the document, which Latvia will be the first to do on July 3. Georgia will also ratify some time in July. The treaty won’t be fully in force until 2015, but some parts including free trade will come into force from this fall.

Gharibashvili said at a press conference after the signing ceremony that the doors of the EU are now open for Georgia and the matter of joining EU depends on how soon Georgia will implement the reforms.

During the signing ceremony he congratulated the Georgian people and  said June 27 is a significant day in the history of Georgia. He said Georgia is given a chance to get to its natural condition – Europe, its political, economic, social and cultural space. He continued that from this day a completely new stage starts in relations between Georgia and the EU and it is a day of confirmation that Georgia is a democratic and European country.