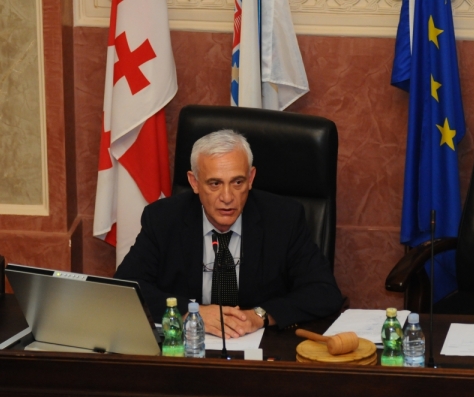 Only nine members are being carried over from the previous assembly; four from the Georgian Dream coalition and five from the National Movement.

There are seven members from National Movement party in the new assembly. 13 are from the proportionate list of Georgian Dream and 24 are majoritarians. Nino Burjanadze’s United Coalition has three members in the council, two are from the Alliance of Patriots and Aleko Elisashvili, former journalist and head of the president’s pardon commission, is the only independent candidate.

Giorgi Alibegashvili was elected new head of Tbilisi City Council with 37 votes against 8. UNM members and Elisashvili didn’t vote for him.

Alibegashvili is from Georgian Dream. He is a philology professor and used to be Dean of Tbilisi State University’s Philology Faculty.

After being elected, Alibegashvili said he has already planned several projects with Georgian Dream and other MPs to transform the City Council into a more trustworthy body in the eyes of Tbilisians.

Giorgi Tkemaladze from Georgian Dream was elected as deputy council head with 38 votes against four with two abstentions.