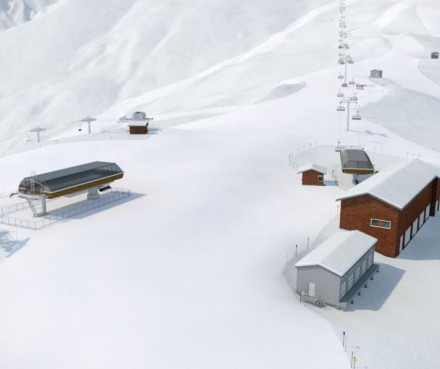 TBILISI, DFWatch–A new ski resort is to open in the Svaneti region in the northwest of Georgia.

The facility in Tetnuldi will open for tourists from December, 2015, according to the government’s press office.

It will have the longest ski slope in South Caucasus – 9.5 km long – and be open for more than six months a year with a capacity of more than 6,800 visitors.

Tetnuldi lies inside the planned Zemo Svaneti National Park, only a few kilometers from the border to Kabardino-Balkar Republic, a part of the Russian Federation.

Other popular ski resorts in Georgia are in Bakuriani, in the southern part, and Gudauri, in the north.

USD 40 million has been invested in the project by the governments of Georgia and France. Construction started in May 2014.