New rules for visitors to Georgia from September

New rules for visitors to Georgia from September 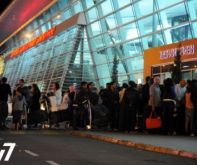 TBILISI, DFWatch–From September 1, Georgia introduces new rules for foreigners who wish to stay for shorter or longer periods of time.

The new rules are about visa and residency permit, and about procedures for expelling illegal immigrants.

The government recently implemented legislative amendments aimed at harmonizing legislation with the EU, which was part of the obligation when signing an association agreement with Brussels in June.

Explaining the new rules on Monday, director of the Foreign Ministry’s consular department Giorgi Tabatadze said there are changes in three areas: visa regulations, issuing of residency permit and the procedures for expelling illegal immigrants.

With the new amendments, no countries are listed in the law itself as exempted from the visa rules. These countries will be listed in a separate decree, to be issued later by the government.

According to Tabatadze, the list of countries with visa exemption will be known in mid August.

“Visa free rules will be with European countries, NATO members, Commonwealth of Independent States and citizens of important partner countries for Georgia,” he said.